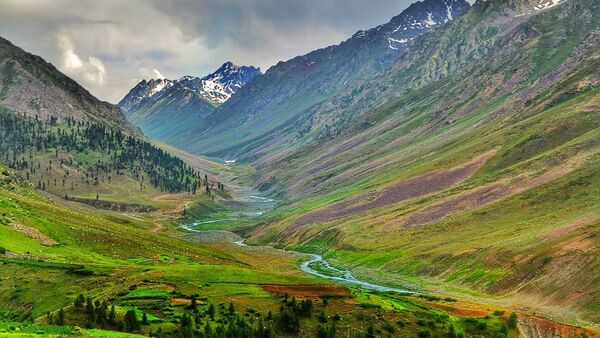 MOSCOW (Sputnik) - The Indian authorities on Sunday summoned Deputy High Commissioner of Pakistan to India Syed Haider Shah to convey New Delhi's protest against Pakistan's executive order for the region of Gilgit-Baltistan, claimed by India, the Indian Ministry of External Affairs said in a statement.

The order released earlier this week would grant Pakistani federal government more authority on the ground than the local council.

"The Deputy High Commissioner of Pakistan to India was summoned today and a strong protest was made against Government of Pakistan’s so-called 'Gilgit Baltistan Order 2018'. It was clearly conveyed that the entire state of Jammu and Kashmir which also includes the so-called 'Gilgit-Baltistan' areas is an integral part of India by virtue of its accession in 1947," the statement read.

The ministry stressed that any changes to the status of the territory were illegal and unacceptable.

India Summons Pakistan Envoy Over Killing of Civilians in Cross Border Firing
"Instead of seeking to alter the status of the occupied territories, Pakistan should immediately vacate all areas under its illegal occupation," the minister concluded.

The UN Security Council's Resolution of 1947 places Gilgit-Baltistan within the Jammu and Kashmir region, claimed by both India and Pakistan. The area, split between India, Pakistan, and, to a smaller extent, China, has seen numerous conflicts and civilian unrest.