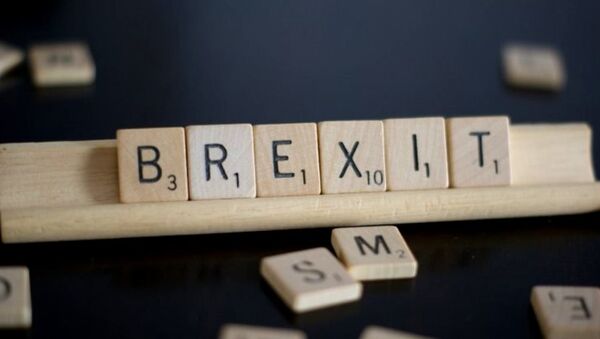 The United Kingdom must take responsibility for its policies and refrain from shifting the blame onto the EU.

The EU's chief negotiator in Brexit talks, Michel Barnier, has called on the UK to "face the reality" of its withdrawal from the European Union and not to put blame for its "negative consequences" on Brussels.

He also warned that the Brexit deal won't be possible until she makes a decision on the future role of European courts in the UK and called on her to work on "more realistic proposals."

EU officials expect May to give the European Court of Justice a role in her country once it has withdrawn from the EU.

READ MORE: Risk of 'No Deal' Looms if No Progress on Brexit Talks Made in June — Reports

The creation of a referral system to the ECJ for European citizens who remain in the UK has been repeatedly discussed with London, but May has repeatedly ruled such an idea out.

The UK's transition period with the EU — which aims to allow businesses to get acclimated to the changes in trading conditions — will expire at the end of 2020.

If the British government is unable to negotiate the terms of its withdrawal from the bloc by then, the UK could end up leaving the union without any trade deal in place with the EU, in what has become known as a "hard Brexit " scenario.

Criticism of London has increased amid the UK's claims that its military and government should retain access to the Galileo satellite system. Although Brussels isn't excluding the possibility that London could use the system, the union is against giving British defense companies, despite their earlier contribution to building the system, such access in the future. According to their position, the UK is going to become a non-bloc nation, so such a right would be deemed as breaking EU security regulations.

Recently, Eurotunnel, a public company that operates the Channel Tunnel between England and France, has warned that UK enterprises will have to bear major economic costs if the post-Brexit customs models mulled by Theresa May's government are adopted.