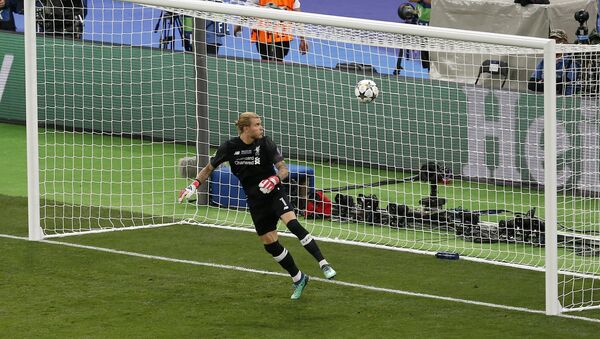 © AP Photo / Darko Vojinovic
Subscribe
Loris Karius did not give his best performance during the final match against Real Madrid on May 26. The fans are angry and ready to tear the poor chap’s heart out.

In two separate goalkeeping errors, Liverpool’s goalie Karius first attempted to throw the ball out to his team mate, accidentally hitting it toward Real Madrid's Karim Benzema, who scored.

In a second attempt, Karius almost caught the ball hit by Real Madrid’s Gareth Bale, but it bounced off his hand straight into the goalpost.

As the match ended, Karius was seen bending on the ground, tears in his eyes, as he knew his errors cost the team the victorious title.

After the match he apologized to Liverpool fans, who then went on to bombard him with criticism and even threats.

​Fans took to Twitter to abuse the goal keeper. One wrote, "Get out of our club or die."

Another wrote, "My Liverpool boys fought hard and I'm proud of them. Except for Karius he can die in a hole."

​Despite the vile comments, there were many footballers and teams who expressed their support to the 24 year-old footballer.

000000
Popular comments
More likely they were cursing the complexity of the new padlock he has installed on his shed, whilst he is at match.

Drazil The-Knotted (Terry Brown)
27 May 2018, 21:17 GMT2
000000
I get the anger of the Liverpool fans, but death threats is going to farr, even though his extremely sh...y (profane word) performance cost Liverpool the game.