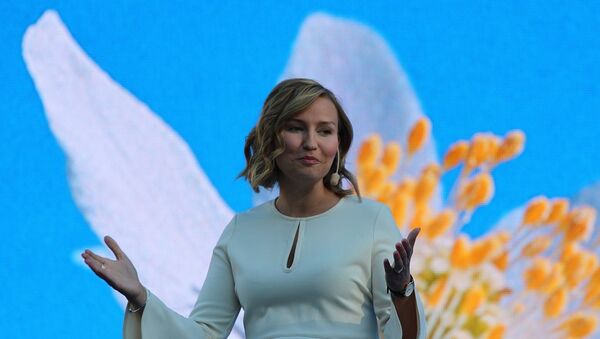 Christian Democrats leader Ebba Busch Thor has proposed paying immigrant families a total of SEK 160,000 ($18,500) to leave Sweden. The cost of letting them stay would be much higher, she argued.

The Christian Democrats, who have fared badly in a series of recent opinion polls leading up to the general election slated for this autumn, having even fallen below the four-percent barrier in some, have come up with a series of proposal pertaining to the immigration question to attract the fleeing voters, the news outlet Samtiden reported.

The party aims to contradict the official narrative of recent decades that immigration is largely beneficial for a Swedish society that cannot survive without immigrants. The Christian Democrats, however, are prepared to pay off immigrants who have had their asylum applications rejected to make them more eager to leave the country. Otherwise, the party pointed out, a "shadow society" may emerge in Sweden.

While some found the proposal strange, as these people technically do not even have the right to be in the country, the Christian Democrats motivate their proposal that it is much more expensive to let the immigrants stay.

"It may seem unorthodox, absolutely. But the insecurity of those who find themselves in a vulnerable situation and the cost for society both indicate that there are tens of thousands of people in Sweden without the right to do so, the cost is much higher," Christian Democrats leader Ebba Busch Thor said.

According to the Migration Board, between 20,000 and 50,000 people are currently living in Sweden without residence permits. Ebba Busch Thor suggested that this figure may rise to 100,000 in a few years, unless something is done about it.

Among other initiatives, the Christian Democrats want to introduce a "zero tolerance" policy towards crime in the suburbs, as well as restrict state-paid benefits to illegal immigrants. According to the party, the municipalities should only be able to hand out "emergency aid." Lastly, the party intends to ban people convicted of shoplifting from entering shops.