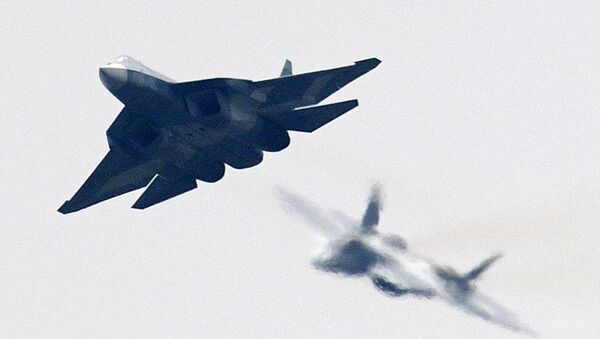 "Operational test launches of advanced operational-tactical cruise missiles have been conducted from the fifth generation [fighter jet] Su-57 in February this year in order to evaluate under battle conditions the stated specifications of the developed military vehicles," Shoigu said.

Earlier, President of the United Aircraft Corporation Yuri Slyusar announced that two Su-57 jets had undergone their combat debut in Syria in February 2018 and successfully completed all their assignments. He also added that the tests confirmed all the planned "ambitious specifications" regarding the "outstanding maneuverability" and advanced systems that have been installed on the planes. According to Slyusar, Russian military will begin to receive the first Su-57s from serial production in 2019.

The Sukhoi Su-57 stealth fighter jet is one of the sleekest and most modern aircraft in the Russian Air Force. It participated for the first time in the Victory Day Parade on May 9, 2018 over Moscow's Red Square. The jet is packed with state-of-the-art avionics, active airborne phased array radars and can carry a wide array of weaponry, allowing it to engage airborne, ground and naval targets.