'I love Him, He Looks Like Messi' - Ronaldo Praises Mo Salah 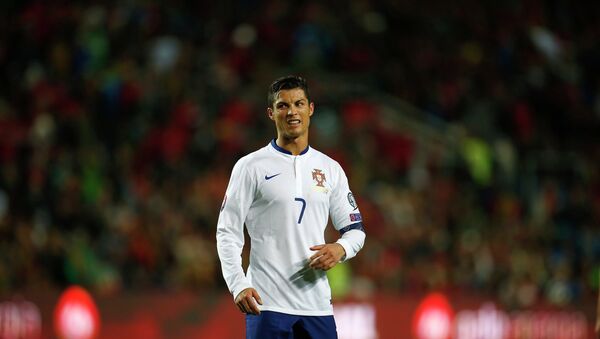 The former Real Madrid striker has been impressed by Egyptian rising star Mo Salah, who has starred this season with 44 goals in his first campaign with the Reds.

"Salah, I love him. He is an incredible player with a tremendous quality," Ronaldo told El Partidazo de COPE.

"He looks like Messi. I recently read him saying that I had been his inspiration and I was excited,” he added.

Despite Salah's performance, Madrid is a favorite for the Champions League final, which will take place in Kiev on Saturday.

​Madrid is possibly looking to win the crown for the third straight time and fourth in five seasons.

Cristiano Ronaldo, who is widely regarded alongside Barcelona's Lionel Messi as one of the greatest players of his generation, has scored 15 goals so far in the tournament.

​Ronaldo believes his former club will overcome Liverpool in a high-scoring encounter. He is to leave Real Madrid this summer.

"If they win the final it will be an unprecedented event in their history. I am very optimistic. There were doubts during the year, but Real Madrid came together and has achieved something historic,” Ronaldo was reported by the publication Goal as saying.