'Use It On Your D***': Norway Stuns Public With Explicit Condom Campaign 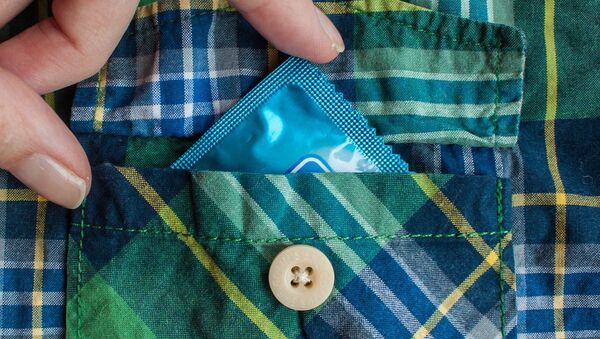 In a new campaign advocating safe sex and the use of condoms, the Norwegian Directorate of Health has stopped tiptoeing around and put up blunt slogans that leave little room for interpretation. According to the authorities, strong language has been used to reach the target audience.

"It's a campaign we know will catch the public's eye. This is something we want, too," Linda Granlund of the Norwegian Public Health Directorate told national broadcaster NRK.

The Health Directorate is very concerned about the dramatic increase in STDs, such as syphilis and gonorrhea, among the population. Although the incidence is not considered dramatic in itself, some of the STDs, such as gonorrhea, have become more resistant to antibiotics, making it harder to treat. In 2016 alone, however, 1,096 new cases of gonorrhea were diagnosed in the Scandinavian country, the highest in 25 years.

According to Granlund, the general attitude is "eh, no big deal, you get tested, obtain a cure and get rid of it." However, due to the disease becoming increasingly resilient, just "getting a cure" might no longer be an option, she argued. Therefore, increasing knowledge and raising awareness is the way to go.

In the campaign, the condom is touted as the most efficient contraceptive against all STDs and unwanted pregnancy. Granlund stressed that another goal was to challenge the erroneous belief that condoms are unnecessary once you use hormonal contraception. Therefore, the posters serve as a reminder of the fact that STDs are equally dangerous.

As desired by its authors, the campaign has gained attention on social media over its use of language. Maria Røsok, the CEO of Sex and Society, Norway's largest center for sexual and reproductive health and rights, found the new campaign with different angles beneficial, yet found the "p****-poster" to be particularly unfortunate. According to her, seeing this poster alone may give the false impression that a woman is chiefly responsible for contraception. Røsok also stressed that the dialogue with youth should be positive and constructive.

"Wagging your finger or scaremongering is not an option," Røsok said.

READ MORE: Norwegian Authorities: No Running Naked and No Sex on Roundabouts, Please

Granlund, of the Health Directorate, rejected the idea, stressing that the poster is part of a series aimed at all sexes. "The girls, like the boys, should first and foremost protect themselves," Granlund said.

Granlund admitted that the campaign is a bit atypical for what the Norwegian Health Directorate usually stands for. However, they admittedly did background surveys and found that "strong and clear" messages need to be used to reach the target audience, which is people aged between 18 and 30.

The condom campaign has just started and will be seen in places in and around big cities, where members of the target group congregate, as well as on social media.