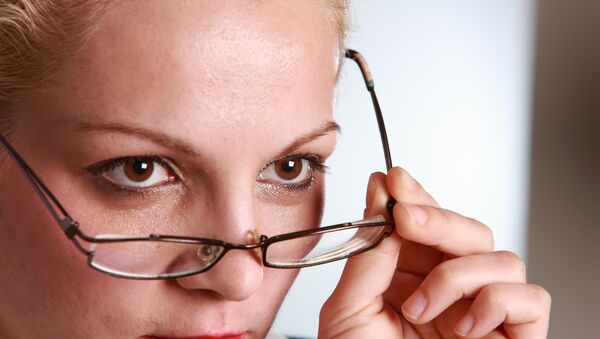 A documentary by Swedish Radio has highlighted the problem of prostitution in central Stockholm, where so-called "street children," mostly of foreign decent, have become a sought-after commodity among middle-aged ladies. One of the "street kids" described the agreement as beneficial, due to money, food and shelter being offered.

Older women in Stockholm are procuring sexual services from migrant kids of North African descent, said one of the young illegal immigrants roaming the streets of Stockholm, in "Tendens" ("Tendency"), a short documentary by Abdelaziz Maaloum and Anders Ljungberg.

In the documentary, a certain "Amin" is being interviewed. By his own admission, he is 17 years old and comes from Morocco. Before making it to Sweden as an illegal immigrant, he had been to over 20 different countries, including Iceland and Greenland, which are far less common destinations for an asylum seeker.

According to the young man, many of his comrades living in central Stockholm have taken up selling sex to older and middle-aged Swedish women. The demand, according to the Swedish documentary is high. "Amin" stressed that is a rather beneficial agreement.

"I have personally met many elderly women, mothers, widows, divorced and married women. They offer money, shelter, a shower and food for sex. If you are willing, you go along, otherwise you can always say no," Amin said.

According to the documentary, prostitution mostly takes place in the evening when drug peddling and other criminal activities have ceased.

A 2017 survey by dating agency VictoriaMilan indicated that Scandinavian women admittedly have the highest sex drive in the world to a degree that could be considered borderline nymphomaniac in some cases.

Dagens Nyheter, one of Sweden's most acclaimed daily newspapers, recently ran an opinion piece by Kristina Lindquist celebrating fake marriages that allow asylum seekers to stay in the country.

Lundquist herself had admitted that she finds the idea of making a big deal of "heterosexual duality" embarrassing. The notion of a man calling her "wife" is laughable and absurd, according to her. By contrast, she finds marrying asylum seekers for them to get a residence permit a noble enterprise. The title of her piece is self-explanatory: "Fake marriage is among the most honorable things I can imagine."

According to Swedish law, there is a two-year rule to counter sham relations. Kristina Lundquist argued that it is a high price to pay, but still insisted fake marriage was a "perfect opportunity."