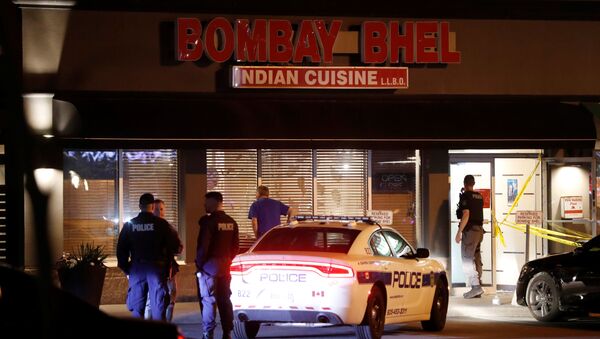 Despite being generally regarded as a quiet and safe country, Canada has unfortunately endured a number of terrorist attacks in recent years.

At least 15 people were injured during a blast at the Bombay Bhel restaurant in a Toronto suburb.

While the Canadian authorities strive to determine whether it was a terrorist act, seeking the whereabouts of two masked men who allegedly set off an explosive device at the venue, Sputnik recalls the terrorism-related incidents that have rocked the country in the past few years.

On September 30, 2017, Abdulahi Hasan Sharif, a 30-year-old Somalian refugee, allegedly stabbed a police constable and then used a rental truck to hit four pedestrians in Edmontonl; all five victims survived the attack. 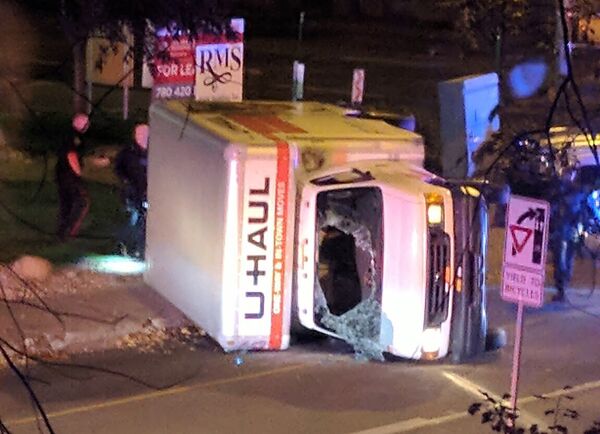 Sharif was apprehended by the authorities and is currently facing trial on 12 charges, including several counts of attempted murder and one count of aggravated assault.

On August 10, 2016, a 24-year-old Canadian named Aaron Driver was killed by the police after detonating an explosive device in a taxi in Strathroy, Ontario. 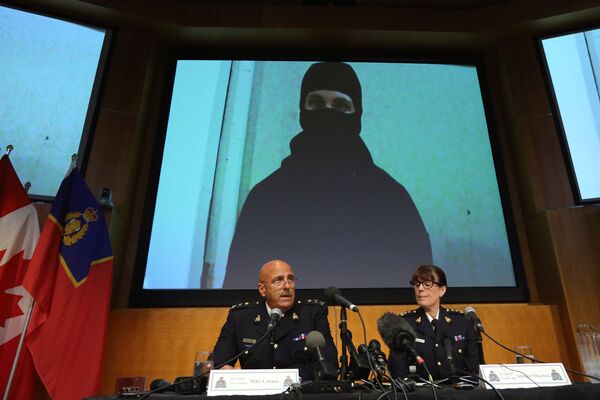 Royal Canadian Mounted Police (RCMP) Assistant Commissioner Mike Cabana and Assistant Commander for Ontario, Jennifer Strach speak during a press conference at the RCMP National Headquarters in Ottawa, Ontario August 11, 2016. A Canadian man who had pledged allegiance to the Islamic State group in a video was shot dead in a taxi after setting off an explosive device, police said Thursday. Aaron Driver, 24, was killed on Wednesday after a tip to Canadian authorities from the US Federal Bureau of Investigation (FBI), who had intercepted the video, the Royal Canadian Mounted Police told a press conference
© AFP 2022 / Lars HAGBERG

According to Royal Canadian Mounted Police (RCMP) Commander Mike Cabana, Driver had planned to carry out a Daesh-inspired attack in the country within 72 hours in an urban center during rush hour.

The authorities became aware of Driver’s intentions after they discovered a “martyrdom” video he recorded, in which the man pledged his allegiance to Daesh.

On October 20, 2014, a francophone Canadian named Martin Couture-Rouleau rammed his car into two Canadian soldiers at a parking lot in the city of Saint-Jean-sur-Richelieu.

Couture-Rouleau attempted to flee the scene in his vehicle, but was eventually shot dead by the police following a high-speed chase.

The Canadian authorities ruled that the perpetrator became radicalized after converting to Islam and was influenced by Daesh ideology.

On October 22, 2014, Michael Zehaf-Bibeau, an Islamic convert who was born as Michael Joseph Hall in Quebec in 1982, stormed the Parliament building in Ottawa after fatally shooting a soldier on ceremonial duty at the Canadian National War Memorial. 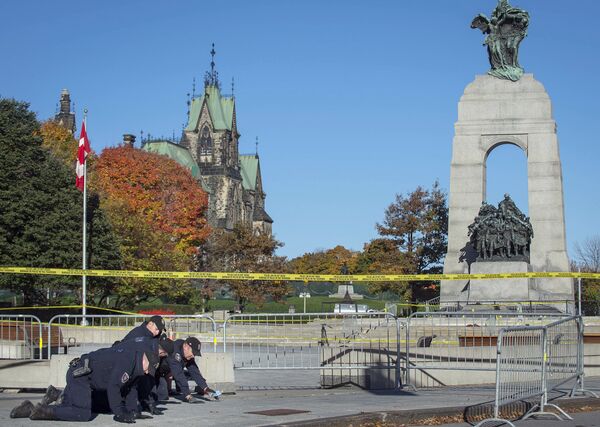 Police officers do a search of the area in front of National War Memorial on October 23, 2014, in Ottawa, Ontario the day after multiple shootings in the capital city and Parliament buildings, left a soldier dead and others wounded
© AFP 2022 / Peter McCabe

Armed with a lever-action rifle, the perpetrator engaged in a firefight with security officers and was killed, injuring three more people in the process.

The attack was classified by the Royal Canadian Mounted Police as a terrorist attack and became probably the most serious security breach at the Parliament since 1966.

In 2006, the Canadian authorities arrested a group of 14 adults and four youths, also known as the Toronto 18, who were accused of planning to detonate a series of car bombs and stage attacks against various targets in Canada, including the Parliament building, the Canadian Security Intelligence Service HQ and the Canadian Broadcasting Center; their actions were allegedly inspired by al-Qaeda. 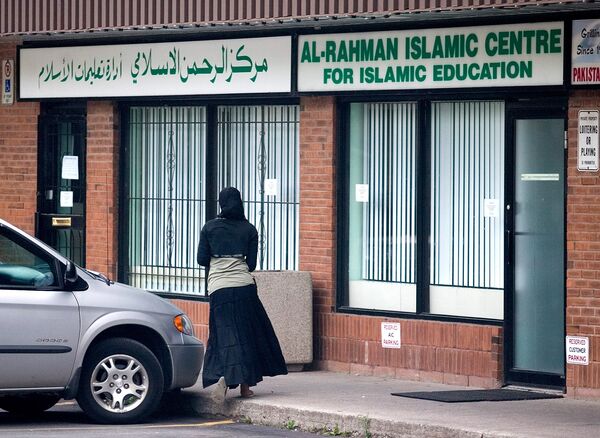 The Al-Rahman Islamic Center for Islamic Education is pictured 05 June 2006 in Toronto, Canada, where a number of suspects were arrested 02 June 2006 in an anti-terrorism sweep
© AFP 2022

They were tried and convicted in 2010.