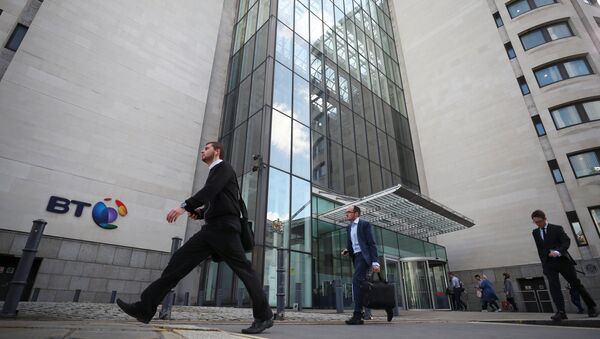 Two weeks ago, multinational telecommunications giant BT announced it would be making some 13,000 members of its workforce redundant after the company had a year of poor financial performance. The company’s decision to hand its CEO and other senior personnel large pay rises just days later has raised ethical questions.

BT CEO Gavin Patterson was awarded a bonus of £1.3 million (almost US$1.75 million at the current GBP/USD exchange rate) on Thursday despite the corporation having a tough year, the Financial Times reported.

Additionally, Mr. Patterson was given a 2.5 per cent pay rise, as were numerous other board members and senior managers at the British telecommunications company, which provides a range of services, including broadband access.

His recently awarded bonus coupled with his standard pay brings his total annual compensation to £2.3 million (almost US$3.1 million.)

Despite top executives losing share allocations due to the firm’s poor performance in 2017, many were, understandably, angry at BT’s decision to pay out obscene bonuses just days after the company announced plans to slash its UK workforce.

Brits took to social media to express their opposition to the “callous greed” of BT executives and the wider issue of large corporations paying their CEOs large bonuses, especially in the case of struggling businesses.

Callous greed. But why should he care? #GavinPatterson Getting richer CEO of a getting smaller BT via @FT
https://t.co/YaItRCfyLu

When will big companies and there CEO's ever learn. Do not keep awarding yourselves pay rises and bonuses while laying off staff to save money. You will only lose out by losing customers. #BT #BONUS