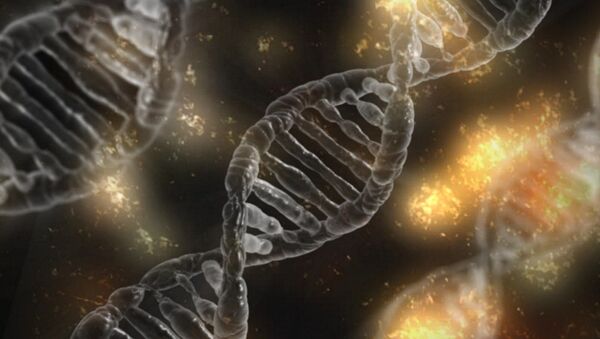 CC0 / /
Subscribe
A new study by biologists has observed a key factor in embryo development – but they did it by combining human and chicken cells into a single embryo.

It sounds like a plot from a science fiction B-movie — mad scientists toying with nature, creating human-animal hybrids — but the researchers at Rockefeller University in New York were really just trying to get around restrictive US laws on stem cell use in the lab.

Why go to such lengths? The scientists wanted to observe "organizer cells" as they direct the formation of an embryo, deciding which direction is the top, bottom, front and back of the growing animal, the Express reported.

"No one knew what happens after the ball of cells attaches itself to the uterus," said Ali Brivanlou, a developmental biologist at Rockefeller and the study's lead author, according to Nature. The study was published by Nature May 23.

Present laws in the US restrict the use of human embryos older than 14 days in lab experiments on ethical grounds — which is exactly when organizer cells start to grow in humans, creating problems for Brivanlou's team.

That's where the chickens come in: chicken embryos develop much faster than humans, reaching a point equivalent to the human embryo's 14-day-old development in only 12 hours. Further, the scientists had already shown that organizer cells would still direct the development of genes in other species' embryos if they closely mirrored their own.

Thus, the scientists were able to graft similar embryo-like structures of human cells onto a developing chicken embryo that had started growing its own organizer cells, circumventing the limitations created by the government and by nature.

And just like that, the organizer cells sprang into action! "The researchers found that as the modified embryos grew, the human organizer cells directed the chicken cells to differentiate and form a second chicken nervous system," Nature reported.

​Martin Pera, a stem cell researcher at the Jackson Laboratory in Bar Harbor, Maine, told Nature that the results could help biologists understand what causes problems in embryonic development that lead to miscarriages and to better understand the role of stem cells in human development.

Organizer cells were first discovered in German salamanders in 1924, but they had never been observed doing their work in humans before.

The experiment's success also demonstrates that such research can be carried out without using human embryos, which stem cell researchers had previously regarded as a cumbersome barrier to their work. However, "There is no substitute for studying the real embryo,' Brivanlou noted. "Everything else we do when we try to model kind of oversimplifies it."

Brivanlou's team was also the first to grow human embryos up to the 14-day limit in 2016, Nature noted.

Readers can rest easy, though: no chicken-man (or man-chicken?) is stalking the streets of Gotham as the embryos were destroyed less than 48 hours later, well before they had time to hatch, IFLS was sure to note.

000000
Popular comments
Coming to a frozen food section near you! Seriously, this is an advancement in the creation of humanoid hybrids for all manner of uses; war, hazardous work, domestic 'duties' leading to a new form of slavery. It is a good investment to grow the humanoid hybrids fast in order to make the financial investment in the technology pay off in the short term.