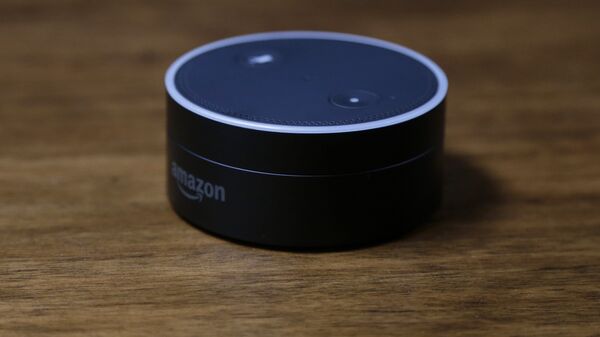 A woman in Portland, Oregon, says she feels violated after her Amazon Alexa device, without being directed to, recorded a private conversation between her and her husband in their home and forwarded the audio to a random person on her contact list.

The woman, Danielle, who is only using her first name, and her husband got a phone call from one of his employees who lives in Seattle, Washington, telling them "unplug your Alexa devices now," Danielle told KIRO 7. "You're being hacked," the employee told them.

Danielle and her husband weren't being hacked, though. Instead, Alexa had — for some reason — sent the employee audio recordings from inside their home, even though the couple never triggered Alexa to begin recording, nor to send the file that it made. The device isn't supposed to listen until you use its "wake word," which is "Alexa" by default.

At first, the couple was in disbelief. Then, the Seattle employee told them, "You sat there talking about hardwood floors," Danielle said. At that point, they knew it had to be true.

"I felt invaded," Danielle said. "A total privacy invasion. Immediately I said, 'I'm never plugging that device in again, because I can't trust it.'"

Danielle said that an Alexa engineer confirmed her story after going through her Alexa logs and apologized profusely. Nonetheless, Danielle says she can't get Amazon to refund her for the devices.

"A husband and wife in the privacy of their home have conversations that they're not expecting to be sent to their address book," she said.

Alexa is programmed to ask users for permission before sending messages to people, which Danielle says it did not do. She told KIRO 7 that the device's volume was turned all the way up and it was sitting right next to her.

Alexa has already been scrutinized for being vulnerable to getting co opted by malicious outside actors. In May, it was revealed that researchers in China and the United States were able to give Alexa commands that were inaudible to humans by embedding them in music or videos. Those commands could be used to unlock doors or even wire money.

The "Rekognition" program "can identify, track and analyze people in real time and recognize up to 100 people in a single image," according to the American Civil Liberties Union (ACLU). According to documents obtained by the group, Amazon sold the technology to the Washington County Sheriff's Office in Oregon dirt-cheap and asked them to trumpet the service to body camera manufacturers, among other potential clients.

That fact, coupled with Rekognition's capacity for real-time video facial recognition analysis, carries the potential for serious violations of Americans' First and Fourth Amendment rights, which safeguard their rights to free speech and against "unreasonable" searches and seizures of their persons and property by the government, respectively.

"A series of studies have shown that face recognition technology is consistently less accurate in identifying the faces of African-Americans and women as compared to Caucasians and men. The disproportionally high arrest rates for members of the black community make the use of facial recognition technology by law enforcement problematic, because it could serve to reinforce this trend," the letter says. It also notes that the technology is likely to be used in situations wherein "life-or-death" decisions are being made by law enforcement.

The letter, written by congressmen Keith Ellison (D-MN) and Emanuel Cleaver (D-MO), gives Bezos until June 20 to respond to a number of questions regarding the company's efforts to rid their artificial intelligence devices of bias and give detailed information about who is using Rekognition and for what purposes.