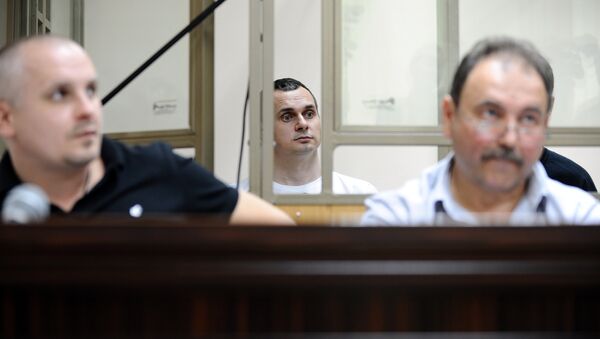 "I believe that it is necessary to swap," Gritsak told Sputnik when asked about the possibility of such an exchange.

Earlier this week, press secretary of the Ukrainian Foreign Ministry, Mariana Betsa, said that Kiev was considering all possible options for the release of Sentsov from Russia's prison, including his exchange for Vyshinsky.

Vyshinsky was detained in Kiev on May 15 on suspicion of supporting the self-proclaimed people’s republics of Donetsk (DPR) and Luhansk (LPR), and treason. Earlier on Thursday, a Kherson court ruled to place Vyshinsky in pre-trial custody for 60 days without bail.

Ukrainian filmmaker Sentsov was convicted by a Russian court in August 2015 for plotting terrorist attacks in Crimea. Sentsov was sentenced to 20 years in prison.