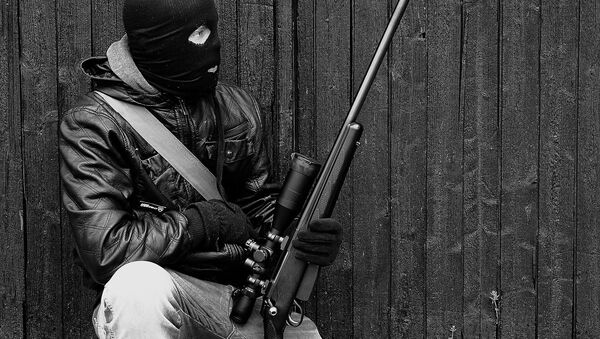 CC0 / Pixabay /
Subscribe
The US has spent $2.8 trillion on counterterrorism since the September 11 attack, a new report by the Stimson Center has found. The report is the first of its kind to attempt to accurately account for spending in this field.

"The United States currently lacks an accurate accounting of how much it has spent on the fight against terrorism," the nonprofit think tank noted in its May 16 report. Although defining the boundaries of counterterrorism is difficult, Stimson decided it must include "all war-related, OCO [Overseas Contingency Operations], and emergency supplemental spending; all homeland-security-related spending as defined by OMB's [Office of Management and Budget] homeland security index; and all foreign aid through US funding accounts and initiatives specifically created for CT [counterterrorism]."

Defense News noted that this accounts for 16 percent of the US' entire discretionary budget for that period.

That money wasn't spent evenly across the 16 fiscal years measured: annual spending peaked in 2008 at $260 billion, while wars in both Afghanistan and Iraq were raging. By 2017, Stimson estimates that counterterrorism spending had dropped to $175 billion, which is still 11 times what was being spent in 2001.

Averaged out, though, it's $186.6 billion per year, which Defense News notes is more than the overall 2017 defense budgets for Russia, India and South Korea combined, and even tops the combined yearly average spending by the US in both the Korean and Vietnam wars.

The analysts faced numerous problems trying to track down all the funding, which stretches across multiple agencies — and which might dispersed in idiosyncratic ways within each agency — and includes such diverse fields as defense, education and medical research.

These measures being estimates, they are of course not universally agreed upon. A report from late last year by the Watson Institute for International and Public Affairs at Brown University estimated the total cost of war-related spending, including future obligations to veterans, at $5.6 trillion, or double the Stimson estimate, The Fiscal Times noted.

The big question is, though: is it worth it?

A 2014 report by the conservative Washington think tank The CATO Institute tried to answer the question of cost vs. benefit in counterterrorism expenditure. The report uses a much lower estimate of $75 billion per year since September 11, 2001, so it is necessary to compensate. Based on estimates of the material cost of a series of terrorist attacks at different levels of severity — ranging from $100 million for a Fort Hood-shooting type attack to $200 billion for a 9/11-type attack — "If the $75 billion expenditure is expected to reduce the risk… by 50 percent, those expenditures would need to deter, disrupt, or protect against…. 150 Boston-type attacks per year, 15 London-type attacks each year, or one 9/11-type attack about every three years."

However, assuming the Stimson Center's estimate of $186 billion per year instead of $75 billion, which is about 2.5 times larger an expenditure, we could say that the expense of fighting terrorism only economically breaks even if it prevented 372 Boston marathon-type attacks each year, 38 London tube bombings per year, or a 9/11-type attack nearly every single year.

That's quite the expense, when you consider that the material cost of a suicide bombing is as low as $150, as Bjorn Lomborg of the Copenhagen Business School and director of the Copenhagen Consensus Center has noted on NATO's page on the mechanics of terrorism.

One cannot help but think of the IRA's chilling threat after narrowly missing British Prime Minister Margaret Thatcher with a bomb in Brighton in 1984: "Today we were unlucky, but remember we only have to be lucky once — you will have to be lucky always."

Lomborg notes that "[i]ncreasing defensive measures worldwide by 25 percent would cost another $75 billion over five years. In the extremely unlikely scenario that attacks dropped by 25 percent, the world would save about $21 billion. Even then, each extra dollar spent increasing defensive measures would achieve — at most — about 30 cents of good. Allowing for the most generous assumptions, this approach remains a poor investment." He further notes that "[t]he number of lives lost to transnational terrorist attacks since 2001 has been an annual average of 583, according to MIPT [Memorial Institute for the Prevention of Terrorism] and US State Department figures."

"This is dwarfed by the death toll exacted by HIV/AIDS, malaria, malnutrition or even traffic accidents."