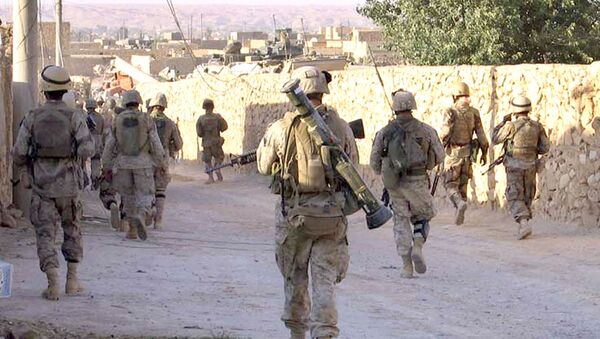 The US military presence in Iraq is still regarded as occupation of Iraqi territory, as there is no more reason for its presence after defeat of Daesh, said Muqtada al-Sadr’s senior adviser.

Talking in an interview to PressTV, Diyaa Assadi, a senior adviser to the leading Iraqi political leader, said that the US is "still being seen as an occupying country."

He said that US forces will be dealt with as an occupying force until their full withdrawal from the country.

"There are still troops in Iraq," he said.

His words echoed those of one of Iraq's Popular Mobilization Units (PMUs), which said earlier this year that since Daesh has been defeated in Iraq, there is no more need for the presence of US troops, PressTV reports.

Sadr's Election Victory Exposes Failure of US Master Plan for Iraq - Analysts
Sadr's Saairun block won the May 2018 parliamentary elections, securing 54 seats in the Iraqi parliament. Sadr is known as an anti-American cleric who led the Iraqi Shiite militia known as the Mahdi Army in their fight against US troops following the 2003 invasion and was accused of kidnapping torturing and killing Sunni Iraqis, the Washington Examiner noted.

It is believed that Sadr is likely to sponsor a political campaign to remove all foreign troops from the country.

On May 22, a journalist asked Italian Army Brigadier General Roberto Vannacci, who serves as the deputy commanding general for training the joint land forces component of the US-led coalition in Iraq, whether the coalition is ready to leave Iraq now that Sadr's block has won.

Vannacci said that, as for military chain of command, there has been no such order yet. But he also noted that such decision should be made by the political leadership of coalition countries.

"As you know, we are military and we don't make these kind[s] of decisions. These are political decisions. So I think that whenever we will be told by the Iraqi government that we will have to leave, the politicians of our nations will take the right decision," he said, according to Washington Examiner.

Last week, Gen. Joseph Dunford, chairman of the US Joint Сhiefs of Staff, said that US command is still waiting for Iraq to form a new government before any further negotiations regarding military cooperation would take place.

"The political environment will change, so I think at that point we'll probably start having more long-term discussions than we probably would have right now," Dunford said during a Brussels presser last week.