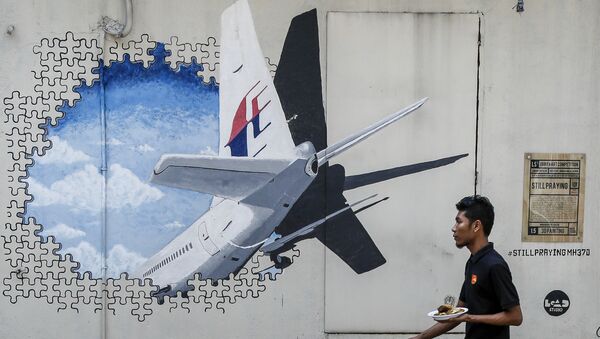 "We want to know the details. What is the necessity for this? If we find that it is not necessary, we will not renew it [contract]," Mohamad said speaking about the search operation as quoted by The New Straits Times newspaper.

Asia
MH370 Crash a Deliberate Murder-Suicide - Aviation Expert Panel
Flight MH370, en route from Kuala Lumpur to Beijing, disappeared from radars on March 8, 2014, less than an hour after takeoff. There were 227 passengers and 12 crew members on board the Boeing 777 aircraft. So far, several pieces of debris believed to have come from the aircraft have been found at different locations, including Mozambique, South Africa and the French island of Reunion.

A number of efforts have been taken to find the plane. In August, the Ocean Infinity company proposed its assistance in the search operation and started it in January, however it still has not found the aircraft. According to the agreement with the Malaysian government, the company will not receive any fee in case of failure of its mission.