A Year On, What Do We Know About Manchester Bomber Who Took 22 Innocent Lives? 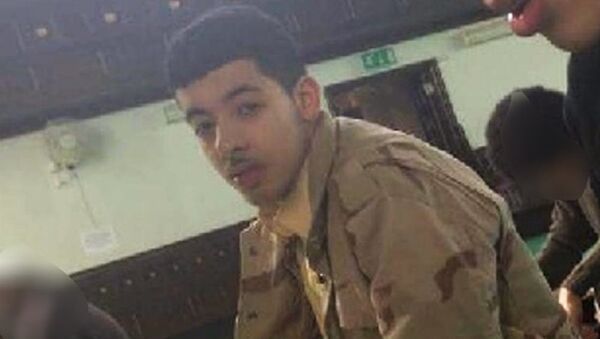 © Photo : Police handout
Subscribe
International
India
Africa
Tuesday, May 22, marks the first anniversary of the suicide bombing at an Ariana Grande concert in Manchester. But Greater Manchester Police's investigation into bomber Salman Abedi's network seems to have run into the sand in Libya.

In November an inquest into Salman Abedi's death was put on ice because Greater Manchester Police said they were hopeful of getting his brother Hashem extradited from Libya to face charges in the UK.

If extradited Hashem Abedi, 20, would be charged with 22 murders, attempted murder of the survivors and conspiracy to cause an explosion.

Manchester will come together to share the spirit of solidarity and to remember all those affected by the Manchester Arena attack a year ago. Find out more about the commemorations below…#mcrtogether 🐝https://t.co/l8VpZjcfcY pic.twitter.com/KuEuMcEDRs

Salman was 22 when he walked into the foyer of the Manchester Arena moments after a concert by the US singer Ariana Grande had finished. 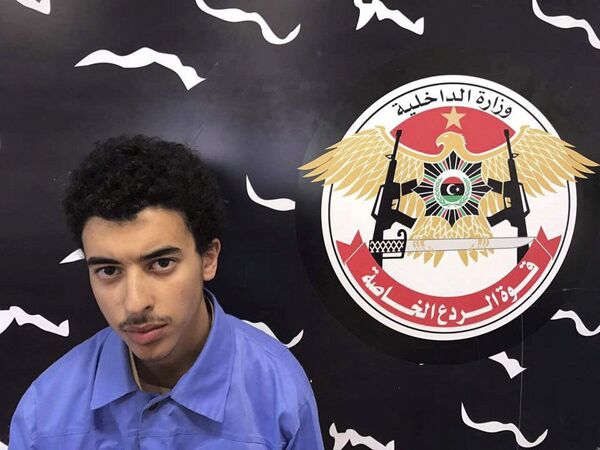 He detonated a rucksack bomb as 14,000 fans — many of them children and teenaged girls — flooded out to meet parents, relatives and friends who were waiting for them.

One report said he rang his father and brother up 15 minutes before the explosion, which killed 22 and wounded dozens of others.

Police say they have a “deep understanding” of the motivations of Manchester Arena bomber Salman Abedi. Ongoing, complex investigation. @GMB

In November the coroner said a suspect was currently in custody in Libya and any criminal proceedings would take precedence over the inquest.

"If that individual is returned a request will be made to suspend the inquest until the end of the criminal proceedings," said Ms. Borrill.

The 22 victims — who include eight-year-old Saffie Roussos eight, Eilidh MacLeod, and Nell Jones, who were both 14 — will have a separate inquest.

They will be subject to another pre-inquest review on June 15.

The Abedi family, who were originally refugees from the government of Colonel Muammar Gaddafi in Libya, had settled in Manchester in the 1980s and Salman was born there in 1994.

He had two brothers and a sister and grew up in the working class Whalley Range and Fallowfield districts, supporting Manchester United as a youngster.

Up until 2011 Abedi attended a moderate mosque in Didsbury with his brothers and father and went to Burnage Academy for Boys. 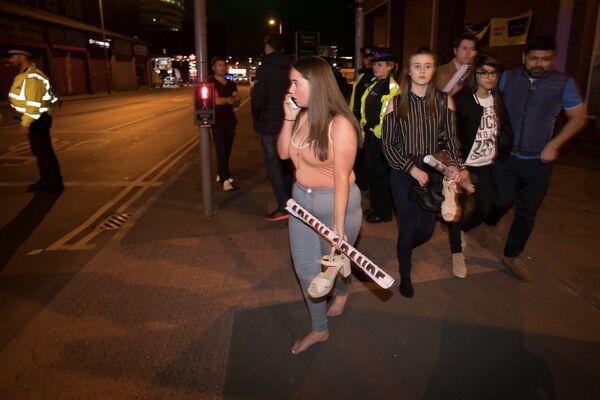 Concert goers react after fleeing the Manchester Arena in northern England where U.S. singer Ariana Grande had been performing in Manchester, Britain, May 22, 2017.
© REUTERS / Jon Super

In his teenage years he drank alcohol with his friends and experimented with drugs but the revolution and subsequent civil war in Libya fractured something inside him.

He reportedly traveled back to Libya with his father in the summer of 2011 and took part in the fighting.

After Gaddafi's overthrow his father, Ramadan, a security officer, and his mother, Samia Tabbal, a nuclear physicist, returned to Libya permanently and Salman gradually became radicalized.

Police confirm more than 800 people suffered physical and psychological injuries in the Manchester Arena attack. It’s almost a year since Salman Abedi detonated a bomb at the concert, killing 22. @GMB

He secretly supported the Libyan Islamic Fighting Group (LIFG), a rebel organization which was allied with al-Qaeda and had in 1996 been given money by MI6 to try to kill Gaddafi.

His sister Jomana said she believed her brother was enraged by bombing of Syria by US and UK planes in 2015 and wanted revenge.

"Whether he got that is between him and God," she told the Wall Street Journal.

At the time of the bombing then UK Home Secretary Amber Rudd said Abedi had been known to the security services and Chief Constable Ian Hopkins said Abedi had fellow conspirators.

But police believe Abedi assembled the bomb himself, with components he bought in Manchester, and it is not clear what part his brother allegedly played in the conspiracy.

Abedi left Britain on April 15, 2017, traveled to Libya and then returned, via Prague and Dusseldorf, on May 18, four days before the bombing.

After the Manchester bombing his cousin, Isaac Forjani, said Abedi had never admitted extremist views to him or his brother Abz.

Salman's brother Hashem is also thought to have become radicalized at the same time.

He was captured by a Libyan militia last year but there has been haggling over his extradition.

An extradition agreement between the UK and Libya was signed by Tony Blair and came into force in 2009 but the country has been split into warring factions, with the UK-backed Government of National Accord struggling to assert control over the whole country.

Andy Burnham, the Mayor of Greater Manchester and a former Labour government minister, has said it was "imperative" any trial took place in the UK and not Libya.

For the relatives of the victims it may be many months and even years before they get answers to some of the questions they want answered about the bomber, a man described by US President Donald Trump, as an "evil loser."