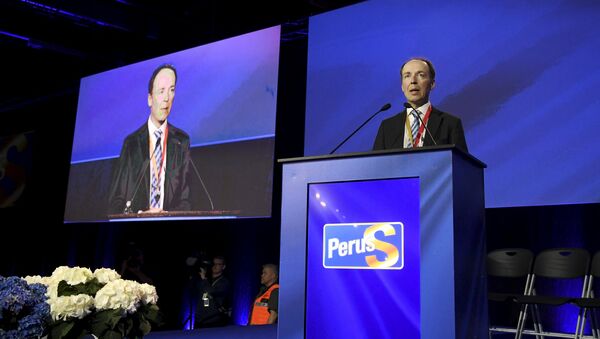 The right-wing Finns party, which has long been pushing for a more stringent line against immigration, has argued that migrants and guest workers won't alleviate the Nordic nation's demographic problems. Instead, Finns leader Jussi Halla-aho has argued to follow the way of Japan, where the population is aging and dwindling.

"Finland's population can really become less in the future," Jussi Halla-aho told national broadcaster Yle. "Japan wants to keep Japan Japanese, problems are not being solved with immigration, even though the conditions for doing so are ripe in Asia," Halla-aho added.

Instead, robots can take over people's tasks as Finns age, he ventured. Instead of replacing ageing labors with immigrants, Halla-aho advocates technological innovations and an increased use of automation in labor life, which, he argued, is a common practice in Japan. The Japanese economic success despite a dwindling population is a proof thereof, he argued.

Incidentally, Finland was compared with the land of the rising sun in the past and was even called "Europe's Japan" for its economic success.

According to Halla-aho, the welfare state won't be better off either with more people unemployed and dependent on benefits from the state.

Halla-aho also dismissed the popular argument for work-related immigration that tax revenues are needed to maintain an ever-increasing number of retirees amid a decreasing working population as "wishful thinking." The Finns leader questioned the idea that immigration would somehow alleviate the demographic burden in Finnish society. Halla-aho doesn't believe that a sufficient share of immigrants can ever land a job and reach the earnings level of ethnic Finns. In his opinion, immigrants are more likely to remain unemployed, which won't lead to an influx of tax revenues.

"Immigration is not the reason why we have maladministration, but it certainly does aggravate it," Halla-aho pointed out.

In recent years, Finland's birthrate have been firmly on their way to reaching their nadir since the deadly mid-19th century famine. The number of births recorded in 2016 was the lowest since the country gained independence from the Russian Empire in 1917.

Finnish couples were also found to increasingly postpone having children or opt to remain childless altogether. The percentage of childless women over 35 years of age has risen by roughly 10 percent over the last 20 years.

Japan's population began to decline in the early 2010s due to the highest proportion of elderly citizens. With 33 percent of the Japanese being aged 60 and over, Japan is often dubbed "super-aging" society. Today, retirees make up a quarter of Japan's population and are estimated to reach a third by 2050.