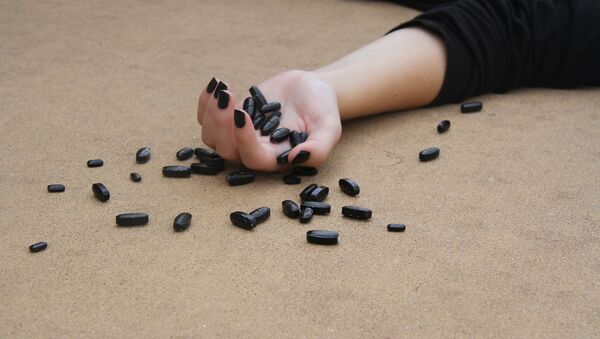 CC0 / /
Subscribe
While being dismissed as "crazy" by critics, who claim this move would lead to a spike in suicide attempts, a Danish pro-euthanasia organization that has published a manual on self-murder claims to have received positive feedback for helping people die with dignity.

The Danish organization Læger for aktiv Dødshjælp ("Doctors for active death help") has stirred up a commotion by publishing a recipe for how to commit suicide. The manual was penned by the organization's front man, retired surgeon Svend Lings and included a list of 300 suitable medications, the Jyllands-Posten daily reported.

The organization complemented the publication of the controversial manual with mail it received from Danes striving to part with life in a dignified manner. These are mostly people suffering from terminal cancer, debilitating nerve diseases or other incurable afflictions as well as relatives who write on behalf of their parents or siblings lying on their deathbed.

The 76-year-old Lings has already lost his authorization and risks three years in prison after being charged with attempting to provide active death assistance to a patient. Svend Lings himself has admitted to having helped fellow Danes commit suicide on at least 10 occasions.

The publication of the so-called "suicide tips" has prompted the debate on active death assistance to reappear in the Danish public. Merete Nordentoft, chief physician at the Copenhagen Psychiatric Center, a professor of psychiatry at the University of Copenhagen and expert in suicide prevention, called the very idea "completely crazy." Each year, about 12,000 suicides are attempted in Denmark, half of them through medical poisoning. Only 10 percent of the survivors later try taking their life again. By Nordentoft's own admission, many later suffer from profound regret.

Concern over the manual has also been expressed by the anti-suicide organization Livslinien ("Lifeline") and the Ethical Council. Liselott Blixt, who chairs the parliamentary health committee, said he wanted the minsters of health and justice to intervene in the matter.

"This should be stopped. A manual readily available on a website can give people with suicidal thoughts the last push to do it without the help they might need," Blixt said.

By contrast, Svend Lings himself is pleased that active death help is again up for debate.

"For decades, we have been discussing active death help without getting anywhere. Polls show that 70 percent of the the population advocate euthanasia, but politicians ignore it. So if we want to help people die, we have to break the law," Lings said, claiming that suicide was a "human right" and stressing that he felt a moral obligation to help suffering people. According to Lings, the manual is a "last opportunity" and an "emergency solution."

According to Lings, the manual which is based on information from scientific journals and databases is "99 percent effective" if followed correctly. He also claimed to have received positive feedback from people thanking him for their relatives' peaceful passing.

"Doctors for Active Death Help" advocate a change in the law to enable euthanasia and have worked out a citizens' initiative.

As opposed to passive euthanasia, which is referred to as "pulling the plug" and is legal in many nations, active euthanasia is only allowed in the Benelux countries, Colombia, Canada and India. Assisted suicide is legal in Switzerland, Germany, South Korea, Japan and a handful of US states.