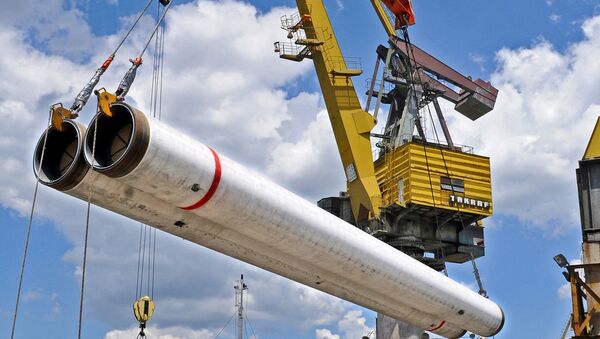 The South Stream project was suspended in 2014, after Bulgaria halted work on the project twice during the summer of the same year. The Russian government has accused the European Commission and Sofia of obstructing the project. South Stream later transformed into Turkish Stream.

Bulgarian President Rumen Radev has expressed his views in an interview with the Russian newspaper Kommersant that Bulgaria needs direct shipments of Russian gas via a pipeline through the Black Sea. He noted that such aspirations are no different from those of Germany with Nord Stream 2 and that such a project would benefit both Sofia and the EU in general.

"Let's call it Bulgarian Stream. Such an approach is dictated by common sense and the need for energy security and efficiency, not only in Bulgaria, but also in the EU in general," Radev said.

He added that Bulgaria hopes to strengthen its positions as a regional gas hub. At the same time, Radev expressed hope that if Russia decides to participate in such a project, it will adhere to the requirements of EU legislation, namely the Third Energy Package.

The comment by the Bulgarian president comes amid his visit to Moscow, where he is due to meet Russian Prime Minister Dmitry Medvedev on May 21. He is also planning to meet with Russian President Vladimir Putin in Sochi the following day

The project proposed by the Bulgarian president is strikingly similar to the South Stream pipeline project, which was suspended by the Russian government in December 2014. Earlier during the same year, Sofia had halted the construction of the pipeline twice, following recommendations from the European Commission, which led Moscow to believe that the EU and Bulgaria were not interested in the South Stream project. This project was later transformed into Turkish Stream, with the pipeline going to Turkey through the Black Sea.