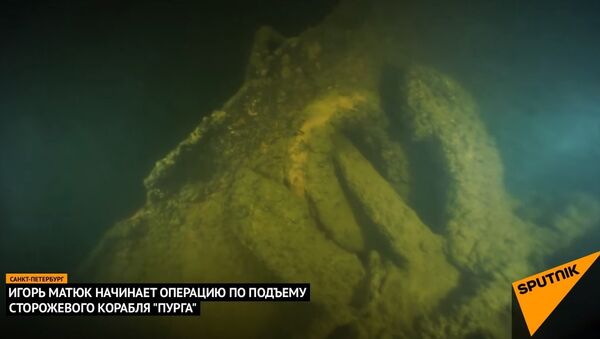 © Youtube / Sputnik Беларусь
Subscribe
International
India
Africa
Submariners began on May 19 to lift parts of the ship that was for many years considered forever lost to the bottom of Lake Ladoga.

Belarusian diver Igor Matyuk discovered the remains of the flagship of the Ladoga flotilla, the so-called "Purga" guard ship. Divers had been unable to find the "Purga" for a long time. While the location of the nearly 100-meter ship was already presumed, the bottom of the lake was unable to be investigated using devices, but required the divers to examine the location themselves. The flagship took fought its last battle in 1942 near the Osinovetsky lighthouse, but was finally sunk as the result of a German airstrike.