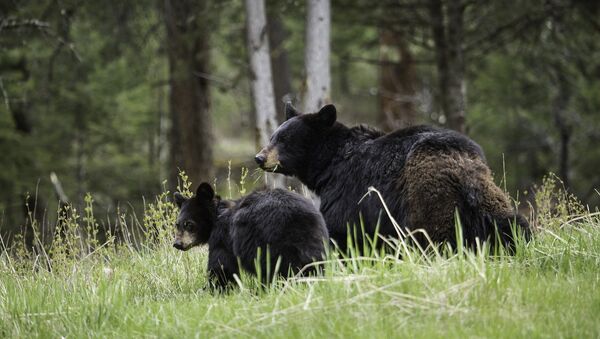 CC0 / /
Subscribe
A bitter dispute over bears in France's Pyrenees Mountains has intensified as farmers fear a new wave of bear attacks on their livestock.

While the authorities’ plans to release two bears into the countryside are viewed by some as a victory for biodiversity, others see this as a serious threat to local cattle farmers, The Local reported.

With livestock breeders losing lost some 700 animals to bear attacks last year in the Ariege border area alone, it seems that local farmers have good reason to be worried.

Backyard Surprise: Bears Pay a Visit to a House in California
Tensions have reached boiling point in the mountain range that straddles the French-Spanish border since last July, when more than 200 sheep died after they hurtled over the edge of a cliff in the Pyrenees while being chased by a bear.

Hundreds of people took part in a protest in the southwestern French city of Pau on April 30 against the arrival of the two new animals, holding banners reading "You will not have the skin of the shepherds!"

"Farmers are ready to do everything, even if it's illegal. They will not let this go," warned Bernard Layre, head of the FDSEA farming union.

"We're simply saying that when there's a proliferation of bears, there is a danger," he added.

Back in the early 20th century, there were 150 brown bears roaming the French Pyrenees along the Spanish border, but by the 1990s they had been hunted close to extinction.

Their numbers are now back up to around 40 since brown bears from Slovenia were introduced in the late 1990s, much to the dismay of local shepherds.