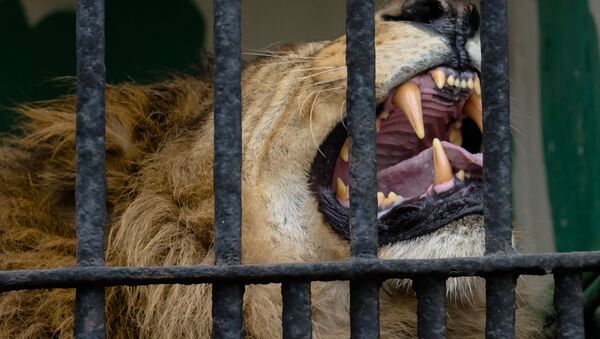 © Sputnik / Alexei Danichev
/
Go to the photo bank
Subscribe
The unidentified animal was filmed by a security camera installed in one of the local houses. The owner said she was deeply shocked when she saw the creature.

A mysterious animal, which is believed to be a giant wild cat, has been caught on camera in Birmingham, the UK.

Dawn Paige, a local resident, confessed that she was terrified when she checked her security cameras after noticing that the rubbish bins at her home in the town of Oldbury, near Birmingham, had been moved.

"I thought it was kids messing around," the 53-year-old woman said, cited by the Independent. "I had the shock of my life when I saw that thing come into view," she added.

The video shows an animal with a long tail and moves like a cat.

"At first, I thought it must be a big dog, but it moves just like a cat […]. I've got a little dog and I'm absolutely terrified for her safety," she added.

A nearby zoo said that all its animals are in place. The zoo's employees are reported to have seen the video, but couldn't say for sure what kind of animal it was.