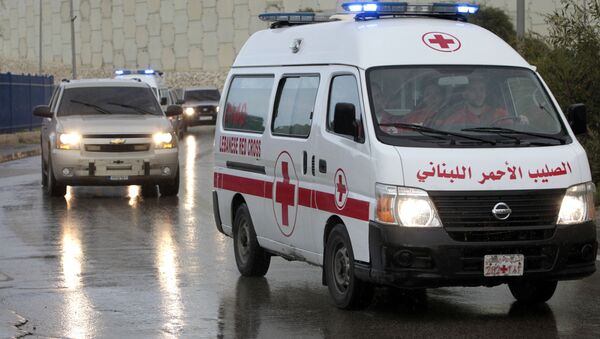 According to SANA news agency, several blasts have occurred near the airport of Syria's city of Hama.

Four powerful explosions that hit the Syrian city of Hama earlier on Friday were caused by a fire at an ammunition warehouse located at the city's airport, a source in the Syrian security services told Sputnik.

"A fire at one of the ammunition depots of Hama's airport has triggered four explosions in a row," the source said.

The place is still engulfed in heavy fire, while firefighters are taking all the necessary measures to put it out.

Last week, the Israeli airstrike on Syria killed at least 23 fighters, including five Syrian government troops and 18 other allied forces.

The attack came in response to an alleged bombardment of Iranian rockets.