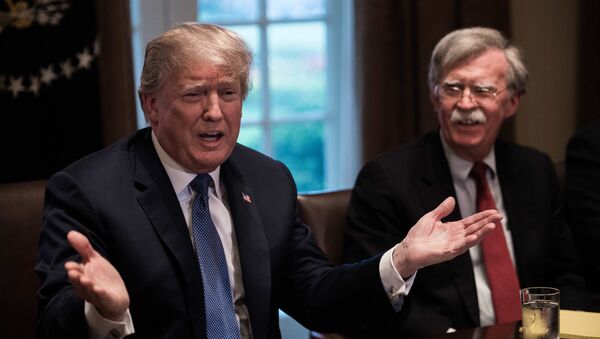 Ekaterina Blinova
All materialsWrite to the author
John Bolton's careless remarks and extensive US-South Korean air combat drills have thrown the future of the Korean denuclearization process into doubt. Speaking to Sputnik, CNTV commentator Tom McGregor has explained Kim Jong-un's harsh statements and why he believes the Kim-Trump talks will take place as scheduled.

Earlier, Pyongyang warned the US against driving North Korea "into a corner" to force the country's "unilateral nuclear abandonment." Otherwise, the Democratic People's Republic of Korea (DPRK) "will no longer be interested" in dialogue with Washington and "reconsider [its] proceeding to the DPRK-U.S. summit."

The statement was qualified by some mainstream media sources as Kim's rejection to denuclearize, while some others cast doubts on Pyongyang's sincerity to lay down arms and predicted that the high-stakes summit "could be destined to fail."

"Pyongyang is only saying they are 'reconsidering' to participate in the North Korean leader Kim Jong-un and United States President Donald J. Trump summit that is scheduled to be held in Singapore on June 12," McGregor underscored. He stressed that Pyongyang had not abandoned the talks, but "simply suggested that US National Security Council (NSC) Advisor John Bolton not appear in Singapore or Kim will consider canceling."

'Soft Bluff' vs 'Hard Bluff': Unexpected Fruits of US-Chinese Trade War
The trigger point for Pyongyang's outburst was apparently John Bolton's reference to Libya's de-nuclearization as a model for North Korea: "We have very much in mind the Libya model from 2003, 2004," Bolton told Fox News commenting on Washington's North Korea policy.

According to the DPRK, "it is essentially a manifestation of an awfully sinister move to impose on our dignified state the destiny of Libya or Iraq which collapsed due to yielding the whole of their countries to big powers."

"It's a bluff and I would define it as a 'soft bluff,' in accordance with my prior interview on Sputnik News," the Beijing-based analyst suggested. "Pyongyang believes Bolton acts more as a hindrance rather than a constructive force for talks between North Korea and the US. They believe his absence in negotiations will be for the greater good to improve bilateral ties between both nations."

Bolton has long been known for his tough stance toward North Korea. In his 2007 book "Surrender is Not an Option" the politician insisted that the DPRK "will never give up nuclear weapons voluntarily." In the early 2000s it was then Undersecretary of State Bolton who played a role in torpedoing the Clinton-era Agreed Framework of October 21, 1994 which envisaged freezing Pyongyang's nuclear program. 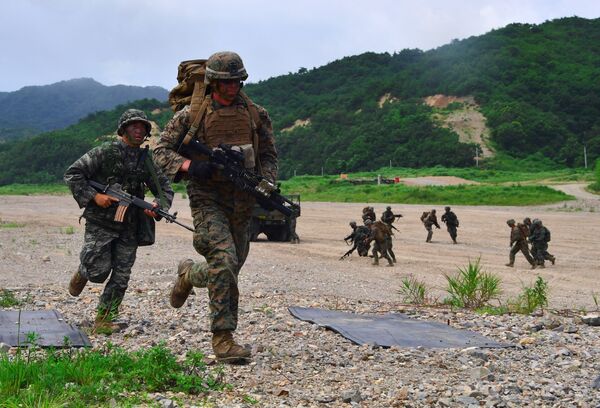 South Korea and US Marines run to a position during a joint military drill at a fire training field in the southeastern port of Pohang on July 6, 2016
© AFP 2022 / JUNG YEON-JE

Why US-South Korea Combat Drills 'Not a Good Idea'

However, it wasn't only Bolton's controversial statement that cast a shadow over the expected meeting: On May 14 the Pentagon launched what Reuters called "one of its biggest annual air combat exercises," Max Thunder, with South Korea.

Pyongyang's response to the move was not long in coming: "At a time when the DPRK-US summit is approaching, the US has launched the largest-ever drill involving B-52 strategic nuclear bombers, F-22 Raptor stealth fighters and other nuclear strategic assets. This is an extremely provocative and ill-boding act of going against the trend for peace and security on the Korean Peninsula and dialogue atmosphere," the DPRK's official statement said.

McGregor opined that the decision to hold the drills "despite the bad timing" could have been made by South Korean President Moon Jae-in "and since the US is an ally of Seoul, they were compelled to support it."

"But is that a good idea? I don't believe so," the analyst highlighted. "Showing some compromise on the part of US-South Korea would have been preferable, since North Korea has already started its demolition of nuclear reactors. You have to show some give-and-take on negotiations. If it's too one-sided that makes North Korea look weak and the leadership loses face in front of its people."

Previously, the 38 North monitoring group shared satellite imagery on its site confirming that Pyongyang has been dismantling its Punggye-ri nuclear test site of late.

McGregor referred to the specific Eastern mentality which the US is apparently not taking into consideration. The analyst noted that if the DPRK leader remained mute about the ongoing drills and Bolton's bold remarks the people of North Korea "might conclude it's a sign of weakness for Kim to act so magnanimous towards sworn enemies."

"To avoid such suspicions of weakness, Kim has to make his own strong demands for the upcoming summit to save face," the commentator explained. "Besides, Trump also warned he would walk away from NK-US talks if he felt it was a waste of time. So as we can see, Kim has read Trump's book, 'The Art of the Deal' and has gained valuable insights on how to negotiate with the US President." 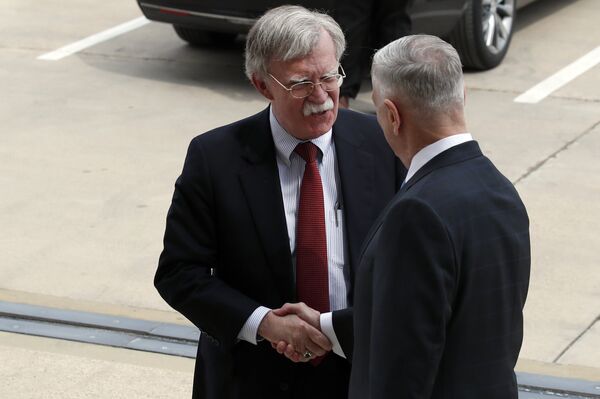 Bolton's Opinions Have Nothing to Do With Trump's Politics

Returning to the issue of Bolton's remarks McGregor emphasized that "Bolton's excessive talking to the media at the moment should not infer President Trump agrees with everything he says."

"We have a simple game of good cop/bad cop role reversals here," the analyst suggested. "Trump plays the [role] of a heroic savior for the American people in regards to peace for the Korean people, but if Pyongyang plays any stunts or attempts to renege on its pledge for peace, Trump can deploy the bad cop — Bolton — to confront them. Bolton serves more as a warning and does not represent the true opinions of Trump."

'Never Negotiate With Washington Without Having Nukes' – Analyst
Bolton's tough remarks toward North Korea, just like his earlier Iran "regime change" statements have nothing to do with Trump's politics, the commentator believes. "Washington has already agreed that it will not support regime change in North Korea in order to get both sides to agree to the Kim-Trump summit," the analyst stressed.

When asked whether Trump's withdrawal from the Iran nuclear deal, also known as the 2015 Joint Comprehensive Plan of Action (JCPOA), had prompted Pyongyang's suspicions, McGregor presumed that the US president's decision came as no surprise to North Korea's leadership as Trump had repeatedly pledged to rip the deal up during his election campaign. Therefore, "Washington's recent actions against Tehran… will have no bearing on the outcome of the US-NK Summit," the analyst said. 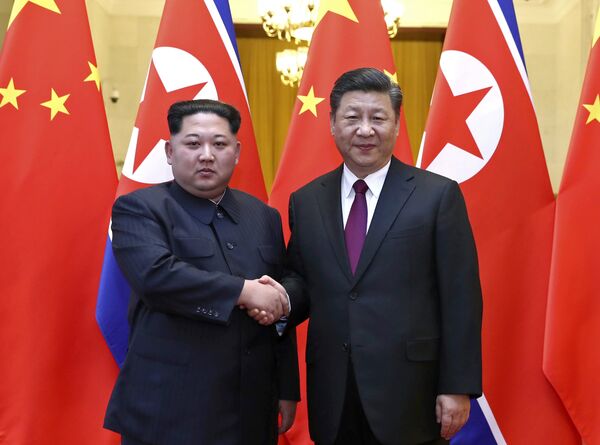 Kim's Decision to Disarm is Sincere, Backed by China

In contrast to a vast number of Western mainstream media observers, McGregor believes that Kim's decision to disarm is sincere, "so long as China and Russia continue to pledge protection for North Korea."

"But the trick is that many North Koreans will have trouble understanding such actions," he opined. "We can anticipate delays and occasional flare ups in negotiations but that's for show, so Kim looks strong in front of North Koreans while he moves ahead on reforms and peace on the Korean Peninsula."

Expert Explains Why North Korea-US Summit to Take Place in Singapore
So, what about the prospects for the US-North Korean talks?

The analyst expressed confidence that the meeting will bear positive fruits: "I have been predicting good news on North Korea-US talks for the past year. I will not change my prognosis," he said.

McGregor has drawn attention to the fact that, reportedly, Chinese President Xi Jinping will also take part in the summit: "President Xi will be there to ensure Kim does not bail out over frivolous reasons," the analyst remarked. "President Trump is looking forward to the summit as well."