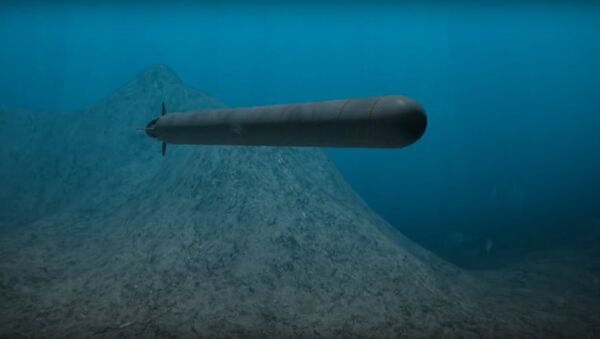 During his state-of-the-nation address to the Russian Federal Assembly in March, President Vladimir Putin touted the country's newest weapons, including the Poseidon (Status-6) unmanned underwater vehicles.

Citing an unnamed source in the Russian Defense Ministry, media reported that the Poseidon system is composed of several high-speed deep-water torpedoes which will be carried by a nuclear-powered submarine.

"The system is designed to destroy the fortified naval bases of a potential enemy. Thanks to its nuclear power unit, Poseidon has a speed of up to 70 naval knots (130 kilometers per hour) and is capable of moving at a depth of more than one kilometer (0.6 miles) underwater," the source added.

President Vladimir Putin mentioned the Poseidon system when presenting Russia's most advanced weapons during his state-of-the-nation address to the country's Federal Assembly on March 1.

The technology website Business Insider called the system "Putin's doomsday machine" which it claimed could cause "a 300-foot [91-meter] tsunami if exploded in the right location."