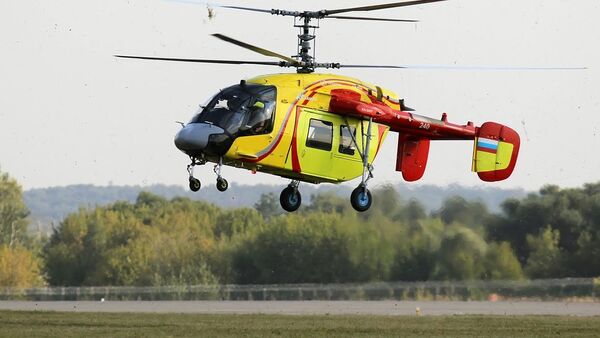 The Indian Defense Ministry had cleared the proposal to buy 200 Kamov Ka-226T in 2015 and in October 2016, India and Russia finalized a broad agreement for the supply of lightweight multi-role helicopters for the Indian Armed Forces.

New Delhi (Sputnik) — India's Ministry of Defense has issued a request for proposal (RFP) to India-Russia Helicopters Limited Company earlier this month for the supply of 200 Kamov Ka-226T "Hoodlum" to the Indian Air Force (IAF) and the Army Aviation Corps. The decision was taken after the visit of an Indian Defense Ministry delegation to the Kamov Design Bureau in Russia last month.

India, Russia Poised to Ink $1 Bln Deal in 2018 For Kamov-226T
India-Russia Helicopter Limited Company, a joint venture incorporated in June 2017, has a 49.5 percent stake in Russia's Rostec Corp. and the remaining 50.5 percent is owned by India's Hindustan Aeronautics Ltd. (HAL). The JV will have to supply 60 twin-engine multi-role helicopters in fly-away condition from Russia while the remaining 140 are to be assembled at the Tumkur facility in the southern Indian state of Karnataka. An industry source told Sputnik that these 140 helicopter units would cost India approximately $736 million with 70% domestic content.

"If the contract is signed this year, deliveries from the Russian plant can commence by 2020,"  Dmitry Shves, the director of the project from Russia had said last month during the Def-Expo in India.

The Russian firm has also developed a training program for Indian pilots and technicians for the operation and maintenance of the helicopter in India.

The Indian Armed Forces have been waiting a long time to replace the aging Cheetah helicopters and to augment their strength along the Chinese border.