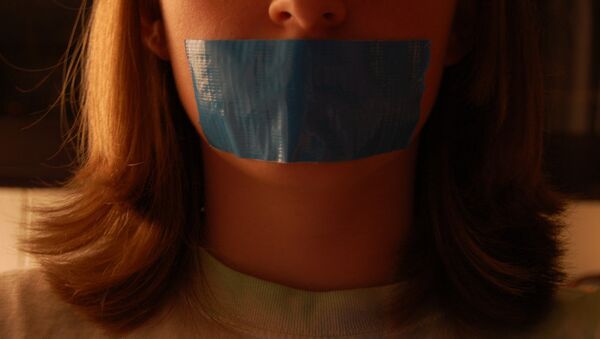 "The IFJ supports the RUJ, which is its member. As the IFJ general secretary, yesterday I called on Kiev to release our Russian colleague immediately… It is unacceptable to detain journalists, who perform their duties to inform society," Anthony Bellanger said.

The official added that the freedom of the press was guaranteed by the Ukrainian constitution and the European Convention on Human Rights.

RUJ Secretary Timur Shafir also commented on the incident, saying that the recent developments in Ukraine amounted to "terror" against journalism.

"Since the beginning of the year, the RUJ has been monitoring the violations of rights of Russian journalists and journalists working for Russian-speaking media abroad. Ukraine is the leader in the list of attacks, obstacles to professional activities, detentions and other similar actions. The May 15 events and further accusations against our colleague Vyshinsky of treason are nothing but terror directed against journalists and journalism," Shafir said.

The RUJ official added that Ukrainian authorities could use the fact that reporters could have their own point of view on the ongoing developments as the reason for oppression.

According to Shafir, the union would strive for a response of the international community of journalists to the violation of freedom of expression and of media that took place in Ukraine.

Moscow Sent 2 Notes of Protest to Kiev Over Situation Around Russian Journalists
Following the arrest, Rossiya Segodnya Director General Dmitry Kiselev has demanded that the Ukrainian authorities free Vyshinsky immediately and end their persecution of the media.

At the same time, Margarita Simonyan, the editor-in-chief of the Sputnik news agency, has stated that she thought what was happening in Ukraine was Kiev’s “revenge” for the recently opened Crimea Bridge. She further noted that RIA Novosti Ukraine was not legally linked to Rossiya Segodnya, but was its media partner.