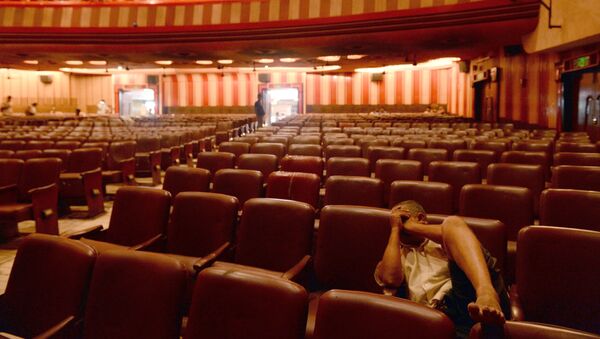 Sexual abuse of a minor inside a movie theater in the south Indian state of Kerala caught public attention weeks after it happened on April 18 as the video went viral on social media platforms.

New Delhi (Sputnik) – The video shows the accused seated between a mother and her daughter inside a cinema hall, sexually abusing both. The mother has also been booked along with the main suspect under child protection laws. An inquest has been initiated against the local police for not taking timely action.

The local child protection helpline said it handed over the video to the Changaramkulam police station in Kerala on April 26 but the police failed to nab the culprits even weeks after receiving the footage.

WARNING! THIS VIDEO MAY OFFEND SENSIBILITIES

The main suspect Moideen Kutty and the girl's mother were arrested only after the State Human Rights Commission and the National Commission for Protection of Child Rights intervened in the matter.

Meanwhile, police HQ have launched an inquest into the alleged lack of will by the local police to act on the case. K.G. Baby, Sub-Inspector of the department, has been booked under Section 19 of the Protection of Children from Sexual Offenses (POCSO) Act, which deals with mandatory reporting of child abuse cases.

The strict POCSO Act came into force in India after the gang rape and murder of a student in the country's capital of Delhi in 2011 which forced Indian lawmakers to review existing laws. The law was further amended last month to include the provision of death penalty for the rape of minors.