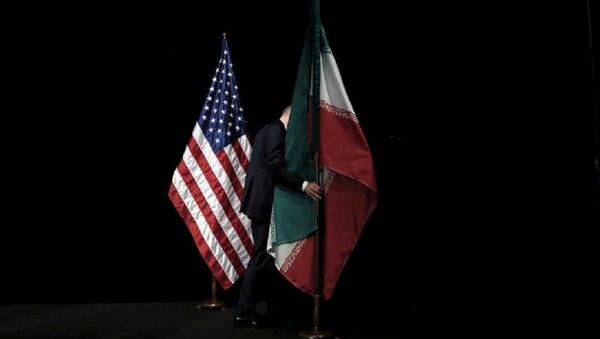 © REUTERS / Carlos Barria
Subscribe
International
India
Africa
Earlier, US President Donald Trump said that the US would withdraw from the Iranian nuclear deal and re-impose the sanctions that were lifted on Tehran in exchange for Iran ensuring the peaceful nature of its nuclear program.

According to Iranian state TV, the Iranian nuclear chief said that the EU should make up for the US withdrawal from the nuclear deal or Tehran would enrich uranium "stronger than before."

"The European signatories should make up for the US withdrawal from the JCPOA and guarantee our rights. … If they cannot do that, we are ready to take our nuclear programme to a level stronger than before the JCPOA," Ali Akbar Salehi said in an interview.

On May 8, President Donald Trump violated the terms of the JCPOA by withdrawing from the accord.

World
US Will Be on the Losing Side After Pulling Out of Iran Nuclear Deal – Erdogan
After Trump's decision, the Treasury Department's Office of Foreign Assets Control sanctioned nine Iranian individuals and entities including those with links to Iran's Revolutionary Guard.

The move has been strongly criticized by other P5+1 members, Moscow, London, Beijing, Paris, Berlin and Brussels, who have confirmed their commitment to the deal.

Tehran has expressed its opposition to Trump's move.

On July 14, 2015, the European Union and the P5+1 group of countries — China, Germany, France, Russia, the United Kingdom and the US — signed the JCPOA with Iran. The JCPOA has ensured that Iran's nuclear program remains peaceful in exchange for sanctions relief.