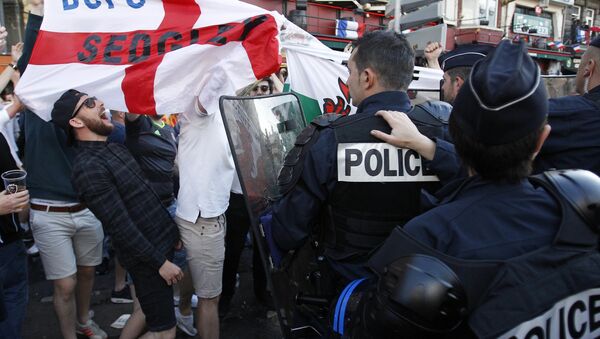 © AP Photo / Michel Spingler
Subscribe
England fans traveling to the World Cup in Russia next month have been warned by British police to beware of "sensitive sites" especially in Volgograd, formerly known as Stalingrad. But England supporter Kevin Miles said he sensed they would get a welcome similar to the one fans received in Japan in 2002.

England's first World Cup match is against Tunisia in Volgograd on June 18 and Deputy Chief Constable Mark Roberts, the National Police Chiefs' Council Football Policing Lead, said supporters needed to be sensitive about the city's history and especially the significance of the Battle of Stalingrad, in which more than a million Russians died.

Mr. Roberts, speaking at a press briefing at the Foreign Office in London on Tuesday, May 15, said draping an England fan over a war memorial in Volgograd could give the same offense as if a Russian flag was put on the Cenotaph in London. 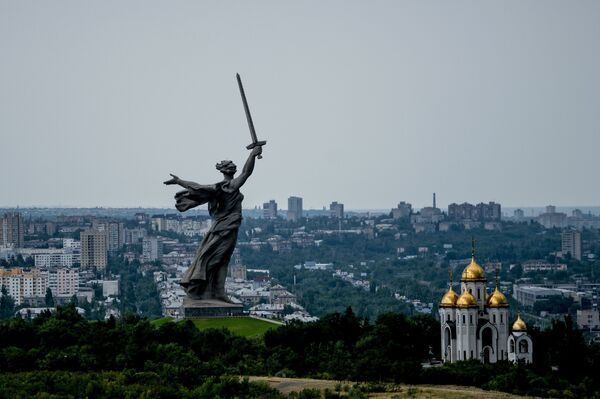 "Any student of history will know that the Russian casualties at the Battle of Stalingrad were horrific and the memorials there are particularly sensitive and I'm asking fans to show cultural awareness," Mr. Roberts said.

"Flags are an interesting issue. People should be really careful with flags. It can come across as saying ‘we're here' and it can cause antagonism," said Mr. Roberts, who said England flags were the "trophy of choice" for Russian hooligans involved in the disturbances in Marseille during the 2016 European championships.

Mr. Roberts said he hoped Russians would take note that those England fans who would be traveling to the World Cup were not hooligans, or as he called them "risk supporters".

Hundreds of football hooligans who are subjected to banning orders will be prevented from traveling to Russia.

After the European Championships in France a further 91 England fans received banning orders and a further 30 are expected to be issued to people involved in fighting at England's friendly against Holland in Amsterdam earlier this year.

Kevin Miles, chief executive of the Football Supporters' Federation, told the briefing England fans in Russia would be "experienced travelers" who were unlikely to cause deliberate offense.

England's second game is against Panama in Nizhny Novgorod which, as Gorky, was a "closed city" until the early 1990s.

Their third game, which is thought to be their toughest fixture, is in Kaliningrad (formerly Konigsberg) against a well-fancied Belgium team which includes Chelsea stars Thibault Courtois and Eden Hazard and Manchester United's Romelu Lukaku and Marouane Fellaini. 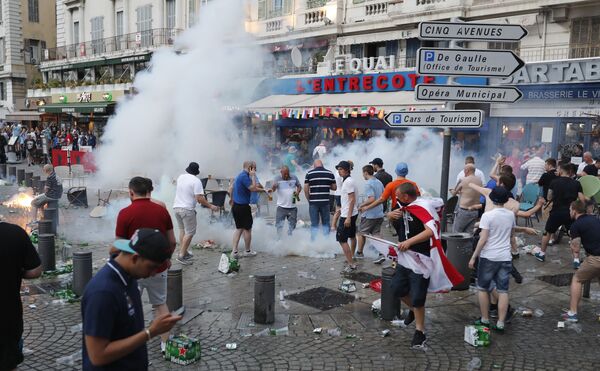 Mr. Roberts was asked by Sputnik reporter Chris Summers if the UK police had considered potential opponents and venues for England in the latter stages of the tournament.

"It is unwise to start planning too far ahead with the England team," said Mr. Roberts.

England — who will name their squad on Wednesday, May 16 — were knocked out early in Brazil and South Africa and have not made it through to the semi-finals stage until 1990, when they lost on penalties to Germany in Italy.

Mr. Miles said he had been out to Russia to the three cities where England would play and he was optimistic about the warm welcome fans would receive.

"The World Cup is unique. Russians have seen enough World Cups on the telly to know that a lot of different nations come together. Most people are really excited about these exotic foreigners," Mr. Miles said. 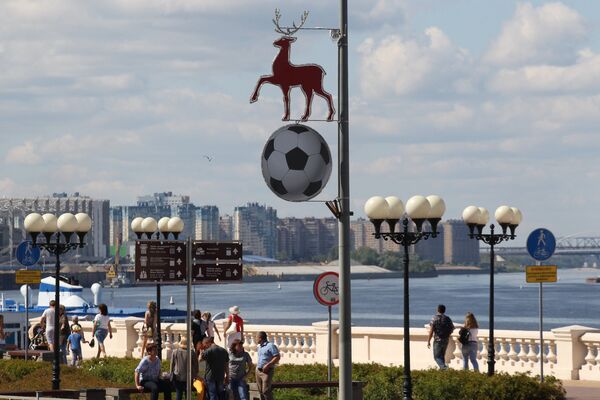 He said a small number of Chilean fans traveled to the city of Kazan for the Confederations Cup last summer and got a great reception from the locals.

"The Russians are very much embracing it. There are certain parallels with Japan in 2002. They hadn't been used to a lot of visiting tourists and they really welcomed it and I think it will be the same in Russia," Mr. Miles said.

Mr. Roberts warned England fans to behave themselves and warned of the severe sentences available under Russian law.

Ticket touts face fines of up to £20,000, those found guilty of "mass disorder" could go to prison for between eight and 15 years and anyone convicted of attacking a police officer would automatically get 10 years in jail.

He criticized one article in particular which claimed that an "old guard" of England hooligans were planning to fly to Russia to take "revenge" for events in Marseille in 2016 and claimed different "firms" in Merseyside and Manchester were planning to team up to take on Russian fans.

"What you report does not happen in a vacuum. It can shape how the Russians view our fans," Mr. Roberts told assembled journalists, who included representatives of Britain's two biggest selling newspapers, The Sun and the Daily Mail.

Mr. Roberts said that despite matters outside football — namely the Skripal poisoning in Salisbury — relations between British and Russian police were good and both were determined to make sure this summer was remembered simply as a "festival of football".