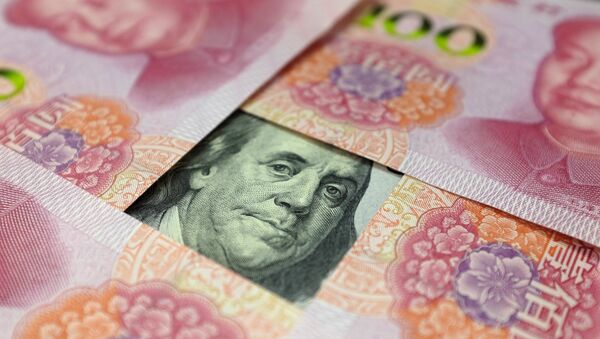 Ekaterina Blinova
All materialsWrite to the author
Donald Trump's foreign policy toward China and Iran has given global markets the shivers prompting observers to lambast the White House's strategy. Speaking to Sputnik, Wall Street analyst Charles Ortel explained what's behind Washington's contradictive trade course and what it could lead to.

Donald Trump's pullout from the 2015 Joint Comprehensive Plan of Action (JCPOA), commonly known as the Iran nuclear deal, has sent oil prices higher. At the same time, a looming all-out trade war between Washington and Beijing may backfire on both American firms and consumers. Does the US president know what he's doing?

According to Wall Street analyst and investigative journalist Charles Ortel, Trump and his team know their stuff and "short-term pain will pale in comparison to long-term gains."

"In the short term, changing seasons and supply/demand mismatches certainly can lead to increases in key benchmark prices for oil," Ortel told Sputnik. "But the reality is that the world has been awash in energy supply for reasons including monster discoveries, fracking, and changing patterns in energy use. Moreover, oil traded much higher from prolonged periods through August 2008, not even considering an attempt to consider current prices in 2008 terms adjusting for 'inflation.'"

Bank of America Predicts Oil to Hit $100 per Barrel in 2019
Oilprice.com opined on May 13 that crude prices are likely to go higher, citing both the resumption of sanctions against Iran's energy sector and Venezuela's slump in crude production due to internal economic problems.

Previously, crude prices started recovering after a dramatic fall in 2014 as a result of Russia and OPEC's cuts in oil output since 2016. Soaring crude prices made Trump accuse the cartel of manipulating prices on April 20 after they reached three-year highs last month.

Looks like OPEC is at it again. With record amounts of Oil all over the place, including the fully loaded ships at sea, Oil prices are artificially Very High! No good and will not be accepted!

Currently, Brent and WTI are over $77 and $70 per barrel, respectively, while Merrill Lynch's commodity strategists predict that Brent may soar up to $100 per barrel by 2019.

According to Ortel one shouldn't raise the alarm about skyrocketing crude prices, as they are likely to be balanced by China and India's slowdown in economic growth.

"One additional factor to consider is the likelihood that China, India, and other emerging markets face a 'hard-landing' that, once it occurs, will depress demand for energy," the Wall Street analyst suggested. "This hard-landing will come because President Trump's economic and tax policies are encouraging businesses  to sell goods and service inside America to manufacture or provide more of their content inside our 50 states. Meanwhile, China, India and emerging markets have built up a monstrous productive capacity assuming they will cater to the US and to the West, which is not a safe assumption at all."

'Soft Bluff' vs 'Hard Bluff': Unexpected Fruits of US-Chinese Trade War
Trump and his trade team have cracked down on China heavily since March. Besides imposing higher tariffs on aluminum and steel imports, the White House threatened China with the taxation of up to $150 billion of Chinese goods and barred the country's leading telecom manufacturer ZTE from purchasing American parts. According to observers, Washington wants to thwart Beijing's "Made in China 2025" program, which envisages the Middle Kingdom becoming a major technological powerhouse in the near future.

On May 13, Trump hinted that he could help ZTE "get back into business," in exchange for substantial concessions from Beijing. According to the Financial Times, what's primarily on the table is "a plan to reduce the US deficit by $200 billion in the next two years." In 2017 the US trade deficit with China amounted to $375 billion.

A Forbes' contributor, Australian sociologist Salvatore Babones, believes that Trump is seeking to raise the stakes by exerting pressure on China's high-tech producers and internet platforms to strike a better deal.

"ZTE [is] just one card in a much larger game that includes companies like Huawei, Xiaomi, Alibaba (recently barred from buying MoneyGram), game programmer NetEase, and many others. They all need access to both US markets and US technology to succeed," Babones noted.

The sociologist underscored that while US companies "can live without China," "China's top tech firms can't live without the United States" giving Washington leverage to slow down the Asian giant's rise without unleashing an all-out trade war on it.

Ortel shares a similar stance: "The largest unified market in the world is inside the United States," he highlighted.

Furthermore, according to the analyst "the US is poised to become a net exporter of energy" after the US Congress lifted a 40 years ban on energy exports in the beginning of 2016. 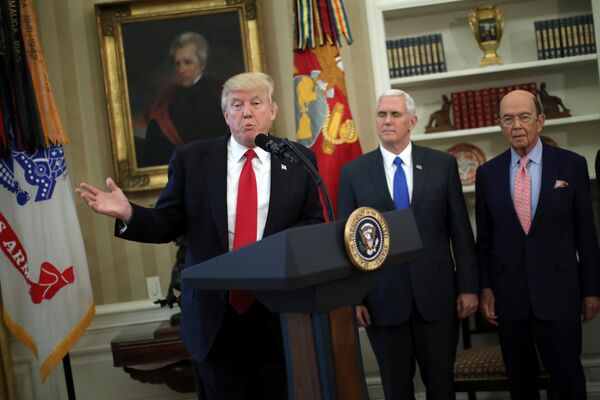 How Trump is Planning to Heal America's Old Wounds

The investigative journalist provided his vision of rationale behind Trump's recent moves.

"Starting during the 1990s, the world began creating a monstrously excess productive capacity, a fact seen by comparing the annual investment with the annual consumption of the global population in UNCTAD GDP component figures," Ortel said. "Before then, the West became seduced with 'just-in-time' production and with foreign sourcing. These practices — which fueled Japan's growth through 1989 — hollowed out incomes and buying power in America and nations with high cost workforces. How did we cope? Fortunately there remains an appetite for dollar and euro-denominated debt, so we changed our borrowing habits and significantly increased our debts (ill-advisedly)."

Why Trump Cracks Down on Iran, Turns a Blind Eye to Israel's Nukes
The Wall Street analyst believes that Trump and his team "understand that it will take much time for the investing class to wean itself away from dollar, euro, and yen assets." On the other hand, he underscored that "geopolitical instability creates price support for the US dollar."

Given these, "the stock of US and global wealth (several times larger than annual economic output) is not likely to be significantly or permanently harmed by renegotiating trade agreements," Ortel argues.

Even though trade tensions with China could "push up certain prices on imported goods," it may bear positive fruit, as "such actions will also encourage domestically produced replacements, in time," he explained.

"Offsetting the obvious negative for the consuming class, President Trump's first round of tax cuts and other changes in progress are already lifting confidence and after-tax incomes especially for the bottom 80 percent of households (by income level) who do not, as a group, invest much as can be seen in the 'bi-decile' and 'bi-quintile' tables of the Consumer Expenditure Surveys (CE)."

According to the analyst, while the US and international community face "many daunting challenges," Trump "is building upon strengths, working to address weaknesses and, most important, trying to fix problems inside and outside the world that the political class never managed to fix."