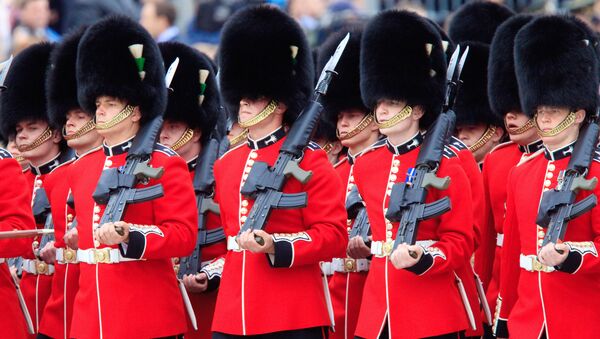 © Sputnik / Mikhail Fomichev
/
Go to the photo bank
Subscribe
Ekaterina Blinova
All materialsWrite to the author
Washington and London's attempts to isolate Russia through sanctions and smear campaigns have largely failed, foreign policy analyst Rakesh Krishnan Simha told Sputnik, explaining what is behind Britain’s latest effort to deepen the anti-Russia alliance over Moscow's response to the Skripal and Douma cases.

The UK is seeking to deepen the "anti-Russia alliance" established over the Skripal poisoning case; speaking to Sputnik, Rakesh Krishnan Simha, a New Zealand-based journalist and foreign affairs analyst, explained what's behind Albion's effort and why the Western elite picked Britain to spearhead a new campaign against Moscow.

The diplomatic row over the March 4 Salisbury incident brought together over 20 countries which rushed to expel Russian diplomats over the UK's groundless accusations.

"The foreign secretary regards Russia's response to [Syria's] Douma and Salisbury as a turning point and thinks there is international support to do more," a Whitehall official said, as quoted by The Guardian.

'The Old Continent's Ancient Enemy' and It's Not Russia

"In August 1943, Prussian aristocrat and diplomat Cecil von Renthe-Fink drafted a memorandum proposing for the first time a European confederacy with a common currency, single central bank and free trade among members," the foreign affairs analyst told Sputnik. "But there was a condition — if the new union was to be a success, Britain must be kept out because according to the diplomat it was 'the continent's ancient enemy'."

Simha underscored that it is no secret for continental European strategists that the UK has never been interested in a united Europe.

"Britain and Russia have diametrically opposite views on Europe," the journalist pointed out, "Russia's post-Cold War view is best summed up in former President Mikhail Gorbachev's 'Common European Homeland' that stretches from Vladivostok to Vancouver or at the very least to Portugal."

Gorbachev's concept was further developed by President Vladimir Putin, who proposed establishing a common trade space from Lisbon to Vladivostok.

"Britain is basically America's hitman in Europe," Simha stressed. "What the US wants done, the British will execute. The US wants to prevent the rise of a strong power in the Eurasian landmass and the strategy since the time of former US President Jimmy Carter is to create disturbances in the whole region to weaken Russia — the only country that has the military strength to tangle with the US." 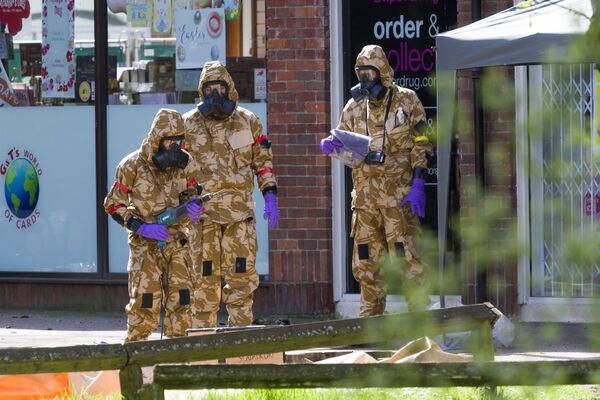 The Skripal Case as Yet Another Vain Effort to Isolate Russia

The UK-driven diplomatic scandal over the poisoning of former spy Sergei Skripal and his daughter Yulia clearly indicates that the West has lost the sanctions battle — which has gone full throttle since the 2014 coup in Ukraine and Crimea's reunification with Russia — and failed to undermine Moscow's international image, the analyst believes.

"After four years, it's clear that economic sanctions instead of hurting Russia have actually helped strengthen it," he pointed out. "Expensive European cheese, meats and fruit have been replaced mostly by Russian [products] or by imports from Asia… Russian military sales, earlier mostly restricted to India, China, Vietnam, Algeria and the former Soviet nations, have also been diversified. New buyers include Turkey, Saudi Arabia and the UAE. There's a long line of countries wanting to buy the S-400 missile defense system, for instance."

'Never Negotiate With Washington Without Having Nukes' – Analyst
Obviously, this state of affairs does not fit the US plan to isolate Russia "so incidents like Skripal [case] could be stage-managed to divert attention from Washington's failure," the analyst suggested.

There is yet another reason for Britain's dissatisfaction with the Russians: "Britain has a long history of entangling with the Russian secret service and has usually been the big loser," Simha noted.

"The KGB's [the USSR's Committee for State Security] penetration of British intelligence following the recruitment of Kim Philby is now a famous case study," the analyst recalled, referring to Harold Adrian Russell Philby (1912-1988), a high-ranking British intelligence officer and the most successful Soviet double agent.

On the other hand, Britain's attempt to blame the death of ex-FSB operative Alexander Litvinenko, allegedly poisoned by polonium in the UK in 2006, on Russia largely failed. "British 'intelligence' is still hurting because of the Litvinenko affair and may have tried something similar to paint Russians as remorseless killers," the journalist presumed.

UK 'Manipulating' Yulia Skripal as Poisoning Narrative Collapses – Academic
At the same time, Simha remarked that Britain had managed to persuade more than two dozen countries, including "geopolitically insignificant" states such as New Zealand and Australia, to expel about 149 Russian diplomats.

"These nations are basically British outposts and are independent only in name. So the idea behind using the UK as a battering ram against Russia is that Britain, despite its growing irrelevance internationally, still has these colonies which can be rallied to war whenever the Anglo-American elites want," the foreign policy analyst elaborated.

Former spy Sergei Skripal and his daughter were subjected to an alleged chemical attack on March 4 in Salisbury, England. The incident prompted UK Prime Minister Theresa May to point the finger of blame at Moscow, although the investigation into the case has yet to be completed. However, the British Foreign Office found itself in an embarrassing situation when it was forced to delete a tweet claiming that experts had confirmed that the poisoning substance originated in Russia, after Porton Down specialists announced that they were unable to verify the precise source of the nerve agent. 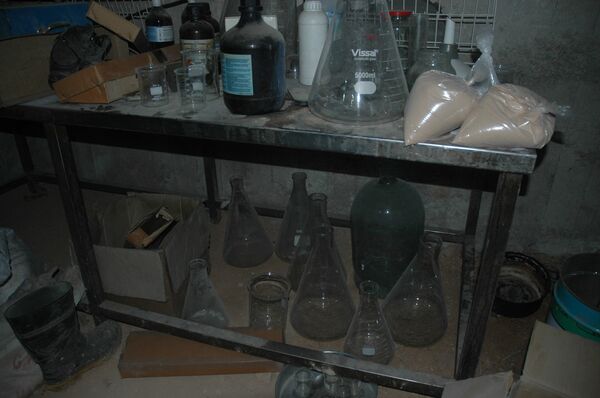 Meanwhile, on the Syrian front, the US, UK and France have been reportedly beefing up their military presence on the ground after conducting a joint missile strike on Syria on April 14 over the alleged Douma chemical attack, which appears to have been nothing more than a staged operation.

At the same time, the Western alliance shied away from explaining how US- and UK-made weapons and poisonous substances have found their way into the hands of jihadi extremists. Observers suggest that the US-led coalition is seeking nothing short of redrawing the map of Syria and the Middle East in general.

"Redrawing of maps is a favorite colonial activity," Simha said. "Today's Middle East is an entirely British creation. Countries like Bahrain and Kuwait have no civilizational basis to exist. Kuwait was part of Iraq and Bahrain was Iranian territory. Similarly, handing over most of the Arabian Peninsula as the personal property of one family — the al-Sauds — was aimed to milking the oil for the West's gain."

The Skripal Case and Bombing Syria: Six Things We Learned About Modern Britain
The analyst opined that the US-led coalition is targeting Syrian President Bashar al-Assad for two reasons: First, the Russians have a military base there and a port in the Mediterranean; second, the US wants to build gas pipelines from Qatar to Europe.

However, by defeating Daesh (ISIS/ISIL)* President Vladimir Putin "ended that line of thinking," Simha stressed. "These pipeline fantasies could be realized only if Syria is broken up."

As for the Douma chemical incident which was allegedly occurred on April 7, the journalist noted that the assumption that the Syrian Arab Army carried out a chemical attack is ridiculous.

"Every time Assad and his forces have (with Russia and Iranian help) kicked the living daylights out of ISIS and American-backed and funded terrorist groups, there is a gas attack on civilians. Assad isn't stupid that he would use gas when he's winning the war," the analyst said.

Who really lack sense are those mainstream media which push ahead with the chemical attack narrative, he noted, wondering why MSM are not asking tough questions about what really is going on in Syria, but simply repeating what White House spokespersons say.