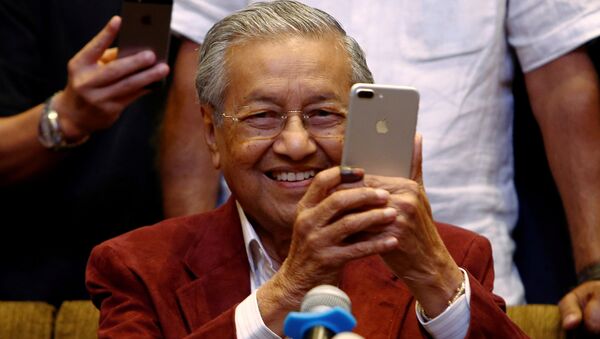 Since the beginning of his political career, Mahathir Mohamad has been a strong proponent of the rights and opportunities of Malays and Malaysia's indigenous peoples and an opponent of the Chinese in Malaysia. However, his work to ensure the prosperity of Malays is not limited to elevating them to preferred positions everywhere in the country.

In his book called the "Malay Dilemma," he argued that the government must achieve a balance between supporting Malays, protecting them from being dominated by the Chinese economically, and exposing them to competition so that they won't avoid hard work and would "appreciated the real value of money and property."

11 years after he wrote the book, he became a prime minister and began to implement his vision as part of the New Economic Policy (NEP), which supported Malays through affirmative action in corporate ownership and university admission.

When the NEP ended in 1990, Mahathir Mohamad adopted a new policy — Vision 2020, which suggested breaking down ethnic barriers in Malaysia. From that moment, government support programs were gradually opened up for ethnicities other than Malays and the indigenous population.

2. From Protection of Freedoms to Crackdown on Dissidents

One of the first moves Mahathir Mohamad did as prime minister was to release 21 detainees held under the Internal Security Act for political reasons. He also managed to pass constitutional amendments stripping the Malaysian royalty of some of its powers and passing them to the PM and parliament employing a smart PR campaign.

Mahathir Mohamad was nonetheless remembered for his attacks on political opponents at the end of his last premiership. During protests brought about by the appointment of administrators who did not speak Mandarin to Chinese schools, some 119 demonstrators were arrested and held in detention under the same Internal Security Act. The prime minister himself justified the arrests as a preventive measure so the bloody 1969 race riots wouldn't repeat in the country.

Another controversial move that Mahathir Mohamad, one that he made prior to his first premiership while he was serving as the minister of education, was an increase in governmental control over universities. For instance, politics and political education were removed from all campuses and conducted under the supervision of his ministry. It was no longer mandatory and only politically active students participated.

4. Economic Miracle Despite All Odds

When the financial crisis struck Asia in 1997 it could have devastated Malaysia's economy. The national currency ringgit was in desperate nosedive, foreign capital fled. The International Monetary Fund (IMF) strongly advised that Mahathir limited governmental spending and raised interest rates, but that move didn't reach its goal.

In 1998, ignoring all IMF and even his own cabinet advisers' recommendations, he increased the spending and fixed the national currency's value to the US dollar. To the great astonishment of the IMF, his move worked and Malaysia recovered faster than most of its neighbors.

Even after retirement he continued to make controversial statements. One of the most notorious was in reference to Israel:

"I am glad to be labeled anti-Semitic […] How can I be otherwise, when the Jews who so often talk of the horrors they suffered during the Holocaust show the same Nazi cruelty and hard-heartedness towards not just their enemies but even towards their allies should any[one] try to stop the senseless killing of their Palestinian enemies," he said in 2012.

He even established the Kuala Lumpur War Crimes Commission in order to investigate not only Israel's, but also US' and its allies' activities in various Arab countries, such as Iraq and Lebanon.