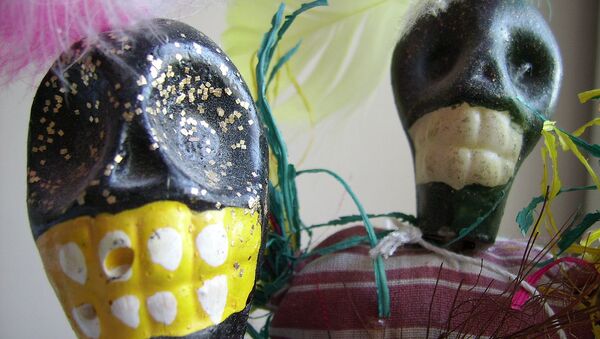 CC BY 2.0 / Lindsey Turner / toothy and socket
Subscribe
The district court in Malmö, often touted as "Sweden's most multicultural city," will next hear a case involving human traffickers allegedly using a Nigerian brand of witchcraft to force women into selling sex.

Two female victims from Nigeria will testify in a case of human trafficking and prostitution, involving juju, a Nigerian variant of voodoo particularly popular in the Edo State from where many sex slaves trafficked into Europe come, the daily newspaper Expressen reported.

"The traffickers have realized that by utilizing juju priests they can keep the women in obedience," criminal investigator Simon Häggström from the National Operative Department told Expressen. "They really believe in two parallel worlds, one visible and one invisible. The invisible world consists of good and evil spirits that can affect one's everyday life," he added.

The two women who will testify about human trafficking and forced prostitution claim to have both undergone a juju ritual, for which they received €45,000 and €40,000 ($53,000 and $47,000) respectively and took an oath to repay the money through work in Sweden, without fully understanding how large the sums actually are.

One of the women told the police that during the ritual she was made to eat raw chicken heart, was cut on the chest with a razorblade and had animal blood rubbed into the wounds.

The Nigerian women were promised regular jobs in Europe, such as waitresses or au pair girls. Instead, however, they were forced into prostitution. Should they ever break the oath or go to the police, the juju magic would punish them and their families with sickness and death, they were assured.

According to Häggström, this case might only be the tip of the iceberg.

"We have Nigerian women traveling around Sweden who are scared to death and clearly exposed to trafficking in human beings, but the trafficker is never around," Simon Häggström said, stressing the psychological power the witch doctors have over their victims. According to Häggström, 99 in 100 victims never dare to turn to police.

One of the suspects, a fellow Nigerian man who received Swedish citizenship in 2007, reportedly received one of the women in his apartment in Malmö and forced her to have sex under the threat of a juju curse. The man reportedly took half the money the woman earned and forced her to sleep on the balcony. Should he be convicted, he cannot be expelled, because he holds Swedish citizenship.

In recent months, similar cases of various brands of African "black magic" used on ill-informed victims to force them into prostitution have been encountered in several European countries, including Spain and Italy.