Lagerfeld May Give Up German Citizenship Over Refugee Issue - Report 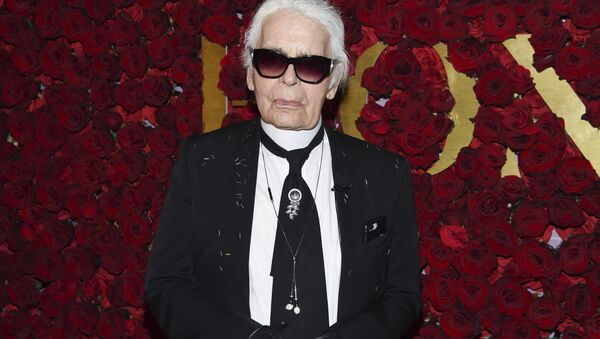 The fashion designer has already expressed severe opposition to German leader Angela Merkel's liberal asylum policies. In November last year, he compared them to the Holocaust.

Fashion designer Karl Lagerfeld has been critical of German Chancellor Angela Merkel's open-door policy toward migrants and revealed that he might abandon his German citizenship.

"Did she [Merkel] really need to say it was necessary to welcome one million migrants at a time when France, which casts itself as the land of human rights, pledged to take in 30,000?" Lagerfeld told French weekly Le Point.

The designer argued that Merkel's ill-thought policy toward migrants resulted in the rise of "Neo-Nazis" in the country. In particular, he referred to the increasing popularity of the right-wing Alternative for Germany (AfD) party.

"The AfD didn't exist, yet with one sentence she made it exist by alienating two million voters and sending 100 of these neo-Nazis into parliament," he said, referring to AfD's major success in last September's parliamentary election.

"If this keeps up, I'll abandon German citizenship," Lagerfeld stated.

These are not the first remarks of the kind made by Karl Lagerfeld. In November last year, the renowned fashion designer sparked outrage on social media after likening German leader Angela Merkel's liberal asylum policies to the Holocaust.

AfD: Allowing Refugee to Bring 2 Families to Germany - Precedent for Polygamy
"One cannot — even if there are decades between them — kill millions of Jews so you can bring millions of their worst enemies in their place. I know someone in Germany who took in a young Syrian and after four days said, 'The greatest thing Germany invented was the Holocaust'," Lagerfield said.

Germany proved to be a particularly popular destination for migrants, largely due to German Chancellor Angela Merkel's open-door migration policy and the generous welfare packages offered by the country.

Germany and other EU member-states have reportedly witnessed the emergence of "no-go zones" as local authorities fail to integrate migrants into society or successfully deter them from committing crimes. The situation has caused opposition among the country's population and resulted in the rise of far-right movements.