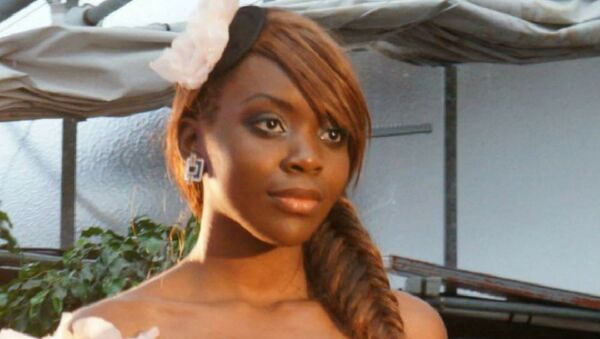 © Photo : Justice pour Naomi Musenga / facebook
Subscribe
22-year-old Naomi Musenga died on December 29, 2017, but her family has just obtained a copy of the recording of an emergency call where she is mocked by service operators.

French authorities have launched a probe into the death of a young woman that came just hours after she had made a call to the emergency services SAMU in Strasbourg, complaining of a strong stomachache. In the recording, Musenga is heard saying in a weak voice that she was “going to die,” as the pain was growing.

“You’re going to die, certainly, one day just like everyone else,” an operator responded, as cited by France 24. As Musenga struggled with her pains to describe the symptoms, the female operator laughed at her with a colleague before providing the woman with the contact details of a home doctor service.

Musenga called emergency services once again five hours later, but died from a heart attack shortly after arriving at the hospital; an autopsy showed she had suffered multiple organ failure, Le Monde reported.

British Obstetrician 'Sliced Baby's Neck With Scissors' During Delivery
Her story couldn’t help but spark global outrage, with over 76,200 people signing a petition calling for a judicial inquiry into the death of the woman to find out if a quicker response from SAMU could have saved her life.

French Health Minister Agnès Buzyn tweeted that she was “deeply outraged” by the circumstances surrounding Musenga’s death and ordered an inquiry into the “serious failures” of the emergency services, promising to provide her family with all information.

Welcome to the French people's service: heartless & dismissive especially to blacks. It's a cultural ticking time bomb. Injustice to one group is a threat to all! #RipNaomi #JusticePourNaomi

Naomi calls the emergency services in Strasbourg. She asks for help, but is only mocked: "You will die one day like everyone."

She died a few hours later. This tragedy must not happen again.#JusticePourNaomi #Samu67 #humanité https://t.co/GY9yYNpjv0

Naomi called the French 911, she told one of the operators she felt like she was about to die from the intense stomach pain. They laughed and replied: "Everybody dies someday day." Naomi died a few hours later at age 22. #JusticePourNaomi https://t.co/ppgHoqi0Zh

Hello @blackvoices Naomi a 22-year-old black woman called emergency services in France because she felt really bad.
The two racists operators mocked Naomi last name (who has an African consonance) laughed at her, refused to provide assistance and let her die.

How can you call yourself a care provider when you are responsable for her death. How can you have no shame. And what made you think you could speak to her this way? https://t.co/lXfRATGFbG

Her name is Naomi MUSENGA, she died after an infarctus before that she tried to call ambulance who laughed at her while and said “yes you are going to die” while she was suffering and asked them for help on the phone. This is unfair. pic.twitter.com/vmt8Z4jnLl

000000
Popular comments
some would say, how very french, such is their reputation in the world. But on the other hand, I do wonder how many calls are received where people do try to manipulate the operator by claiming that they are dying? That of course, does not excuse the attitude and actions of the operator, who should have been profesioanl at all times and to have remembered the story of the boy who cried wolf. The wolf did come...eventually.
michael
14 May 2018, 00:12 GMT
000000
Newsfeed
0
New firstOld first
loader
LIVE
Заголовок открываемого материала
Access to the chat has been blocked for violating the rules . You will be able to participate again through:∞. If you do not agree with the blocking, please use the feedback form
The discussion is closed. You can participate in the discussion within 24 hours after the publication of the article.
To participate in the discussion
log in or register
loader
Chats
Заголовок открываемого материала
Worldwide
InternationalEnglishEnglishMundoEspañolSpanish
Europe
DeutschlandDeutschGermanFranceFrançaisFrenchΕλλάδαΕλληνικάGreekItaliaItalianoItalianČeská republikaČeštinaCzechPolskaPolskiPolishСрбиjаСрпскиSerbianLatvijaLatviešuLatvianLietuvaLietuviųLithuanianMoldovaMoldoveneascăMoldavianБеларусьБеларускiBelarusian
Transcaucasia
ԱրմենիաՀայերենArmenianАҧсныАҧсышәалаAbkhazХуссар ИрыстонИронауОssetianსაქართველოქართულიGeorgianAzərbaycanАzərbaycancaAzerbaijani
Middle East
Sputnik عربيArabicArabicTürkiyeTürkçeTurkishSputnik ایرانPersianPersianSputnik افغانستانDariDari
Central Asia
ҚазақстанҚазақ тіліKazakhКыргызстанКыргызчаKyrgyzOʻzbekistonЎзбекчаUzbekТоҷикистонТоҷикӣTajik
East & Southeast Asia
Việt NamTiếng ViệtVietnamese日本日本語Japanese中国中文Chinese
South America
BrasilPortuguêsPortuguese
NewsfeedBreaking
14:46 GMTProbe Launched After up to 600 Inmates Riot at Max Security Prison in Vladikavkaz, Russia
14:30 GMTEvidence of Hunter & Joe Biden's Shady Conduct Continues to Pile Up, But Nobody Cares, Analyst Says
14:23 GMTMore Than Just a Coffee Shop: Ex-CIA Agent Says Spies Use Starbucks to Meet Handlers
14:07 GMT'They Found the Island in Lost': Triangular Feature on Digital Map Baffles Netizens
14:03 GMTF-22s, F-35s Nearly Collided While Looking for Raptor That Crashed From ‘Improper Washing’
13:50 GMTYellow Vests Gather for New Round of Anti-Government Protests in Paris
13:46 GMTShare of Russians With COVID-19 Immunity Up to 45%
13:33 GMTFrench Prime Minister Pays Tribute to Slain Teacher Samuel Paty
13:30 GMTRoscosmos: Russian Spacecraft With Film Crew to Land One Minute Ahead of Schedule
13:03 GMTDalit Man Lynched, Tortured at Farmers' Protest Site for Desecrating Holy Book, Accused Surrenders
13:03 GMTUnions Threaten to Strike Over UK Plans to 'Undercut' Business by Easing Rules For EU Hauliers
12:54 GMTRussia Reports Record Domestic Gas Consumption Amid Europe’s Supply Shortages
12:04 GMTTeen With Lego Gun Triggers Police Operation in German Town
12:01 GMTMachete-Wielding Man Injures Four People in Canada's Calgary
11:38 GMTRussian Deputy Prime Minister Not Ruling Out Repetition of Energy Crisis in Europe
11:24 GMTNorth Korean Website Slams 'Squid Game' as Showing 'Hell-Like Horror Where Only Money Matters'
11:07 GMTDeath Toll From Kandahar Mosque Bombing Rises to 63
11:02 GMTFrench Politician: US Has Moral and Legal Obligation to Unblock Afghan Assets & Let the Nation Be
10:59 GMT‘Killed Serving the People’: UK Media Shows Rare Display of Cross-Party Unity in Tribute to Dead MP
10:50 GMTIs Russia in Danger of Running Out of Gold Deposits?