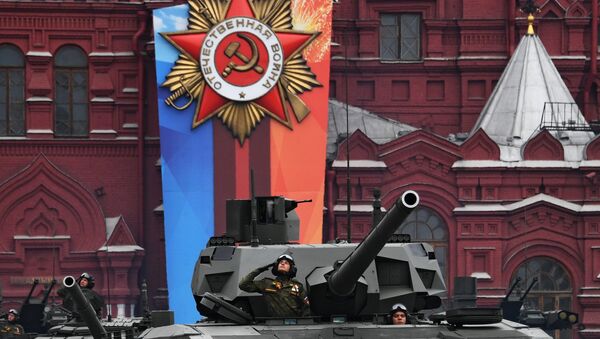 The parade will consist of three major parts – the infantry march, the procession of armored vehicles and a fly past column, involving military helicopters and airplanes.

A military parade to honor the 73nd anniversary of the end of the Great Patriotic War is held on Moscow's Red Square.

Among the 70+ aircraft set to take part in the aerial portion of this year's parade is a pair of Sukhoi Su-57 stealth fighter jets, which will be making their parade debut. In addition to this, the Kinzhal hypersonic missile designed to preserve the global strategic balance, which was revealed earlier this year by Russian President Vladimir Putin, carried by the MiG-31 supersonic interceptor fighter, will also make its debut this year.