WATCH LIVE: The March of the Immortal Regiment in Moscow 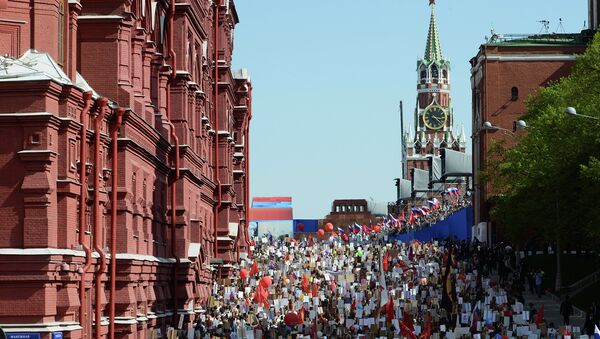 March commemorating the participants of World War II who fought against Nazi Germany is being held in Moscow.

During the march, people carry photographs of their ancestors who participated in the war.

The Immortal Regiment is a non-commercial and non-political initiative, and participation is voluntary.

The first Immortal Regiment march took place in 2012 in Tomsk at the initiative of local TV journalists. About 6,000 people marched along the city’s central street displaying 2,000 photos of war veterans.