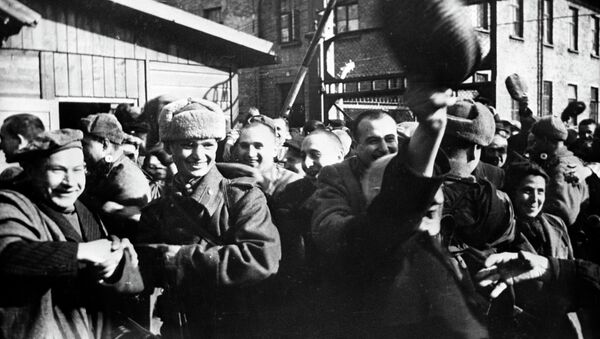 The leader of the left-wing party Die Linke in the German Parliament stated that the unprecedented violence of the Nazi war against the Soviet Union obliges German politicians to “strive for cooperation with Russia.”

Ahead of Victory Day, which commemorates the capitulation of Nazi Germany in 1945, the head of the left-wing Die Linke Party in the Bundestag Jan Korte insisted that German politicians have a special responsibility for maintaining a good relationship with Russia. He stated that the unprecedented Soviet loss in the Second World War should be recognized beyond the mandates of current policy.

Speaking to the German outlet Osnarbruecker Zeitung, he reminded fellow legislators that the Soviet Union, which Russia succeeded, suffered the most severely from Nazi aggression, as 27 million  Soviet citizens were killed, leaving hardly any family without a loss to mourn. He said that millions of Russian prisoners of war starved to death or were tortured and murdered in Germany’s concentration camps.

At the same time, Korte admits that "Hardly anyone knows that it was the Russians and not the Americans who liberated Berlin. The decisive turning point was Stalingrad [battle] in the East, the first major defeat of the Nazi military Wehrmacht. D-Day in the West came only a year and a half later."
Korte has been a passionate advocate for the construction of a memorial to the millions of victims of Adolf Hitler's genocide in the East; a tribute to the holocaust's Soviet victims.

"Every war, and this one in particular, considering the Wehrmacht’s actions, is covered with blatant lies," he stated, pointing out that in fighting the Soviet Union, the Third Reich violated the norms of warfare on an unprecedented scale.

The people of the Soviet Union, including those who served in the armed forces,  resistance fighters and those on the home front, had stood against the Nazi regime in the toughest way and suffered severely, and all the more so as the rules of warfare were violated.