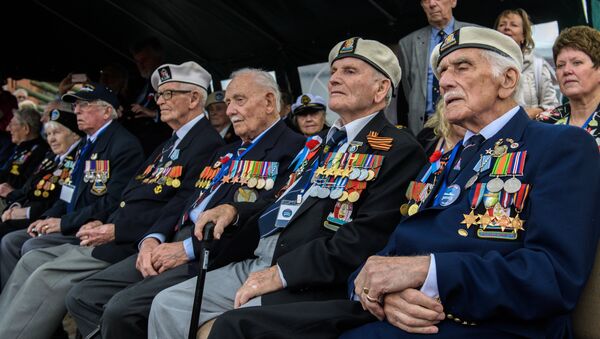 © Sputnik / Alexei Danichev
/
Go to the photo bank
Subscribe
Known as VE Day, May 8 marks the victory day in Europe when in 1945 the army forces of Nazi Germany surrendered to the Allies of World War II. Among the British veterans are the members of the Arctic convoys that sailed from the UK to the Soviet Union, united in the effort to end the war.

Sputnik spoke to former naval officer, Russian speaker and the author of the book called Cold Seas & Warm Friendship, Lt. Commander Dairmid Gunn OBE, who had the chance to speak to about 29 veterans of the Arctic Convoys, and as a result was able to construct his book.

Sputnik: What was the purpose of the Arctic Convoys?

Dairmid Gunn: It was a move from the Russians after they had been invaded in June, 1941 by Hitler's army. They were taken by surprise, and they eventually stopped the Germans at Moscow and halted the invasion very successfully. But they were very short of military supplies at that time. In response to requests for military supplies, British PM Winston Churchill decided to supply Russian forces with military equipment. At that time, Leningrad was under siege and Vladivostok was considered much too far away. So, the only two ports which could be used for unloading were Murmansk and Arkhangelsk. So that's the reason why they sailed from the Scottish ports and Iceland toward Russia. 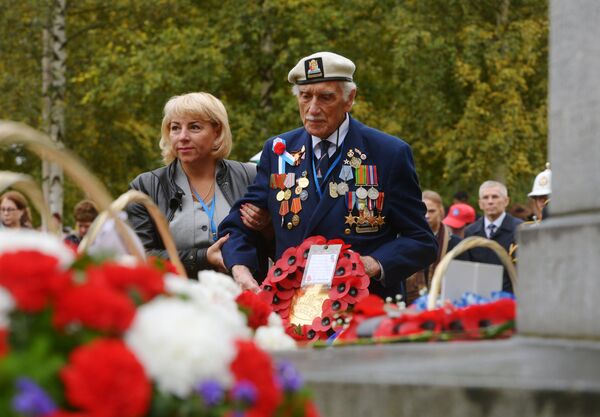 Sputnik: What stories did the Arctic Convoy veterans tell you?

Dairmid Gunn: They told me about their experiences, which were quite horrendous, having to sail from either Iceland or the Scottish ports to the Russian ports of Murmansk and Arkhangelsk. It's not a tremendously long ride, but most voyages were carried out in darkness under appalling conditions in winter. At the same time, they were subject to attack from Nazi aircraft, warships and submarines. So, in addition to these bad conditions, they had to endure these attacks from their enemies from their bases in occupied Norway.

Probably the most graphic account was given to be by a veteran of a merchant ship, not a warship, who had been subjected to an attack by an enemy aircraft. A bomb was fired on the ship and had gone right through a coal bunker. The bomb had to be moved by the crew, with the help of a Russian bomb disposal expert. It was really a very hair-raising moment to get the bomb on deck and render it safe before tossing it aside.

It was a very frightening experience for everybody because they didn't know if the bomb was going to explode.

Another one I would like to mention is from a man who served with the crew a Russian submarine chaser. The crew were all Russian except for this man who was a telegraphist. His experiences in the untested conditions of the arctic winter. He managed to get along extremely well with the crew in a very small ship. 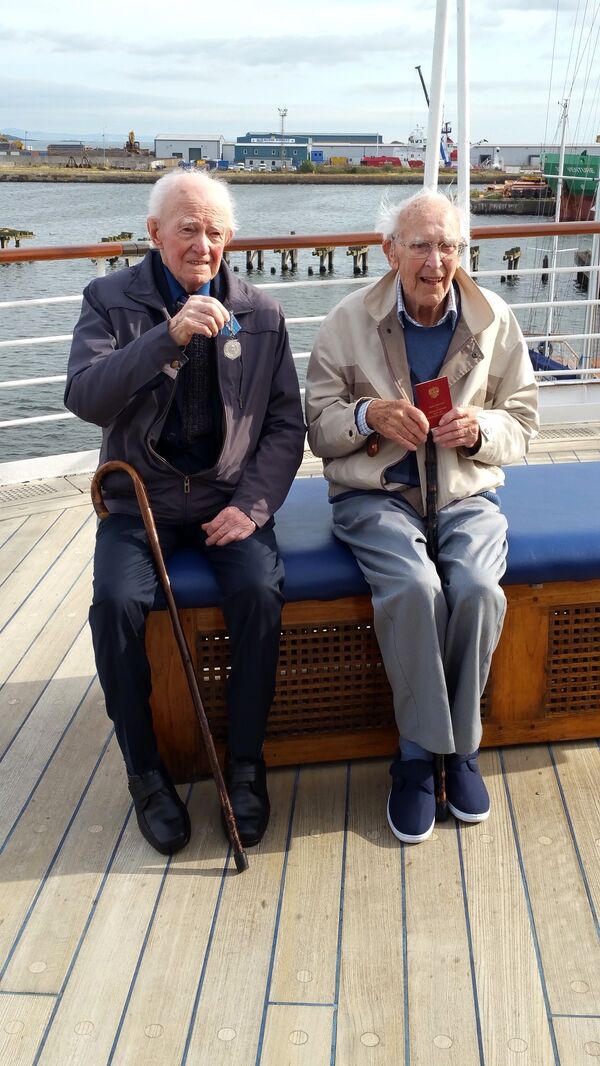 Sputnik: Have you heard of any romantic stories, perhaps?

Dairmid Gunn: Not romantic I'm afraid, but there was an unusual story of a gift to the Russians of a reindeer. Some of the crew wanted to kill the animal for food. Others liked the reindeer and wanted to keep it. And was eventually sent to a zoo in Edinburgh, where she lived, she was called Olga, where she lived until she died in 1954.

Sputnik: Comparing the current relations between Britain and Russia to the strong ties forged by the veterans at the time? Do you think the relationship can continue despite the political tensions?

Dairmid Gunn: Oh yes, I think so very much so. The veterans are very fond of Russia and like the Russian people. I think we've got to separate the political atmosphere from the humanitarian one from the experiences of the veterans. Not really the veterans now, but their families.

From my experience, there was no sense of bitterness toward Russia from the veterans. It was all very friendly. They did a lot to help Russia — which was an ally of the West at that time — they also did a lot for their own country. Because of the Russians defending themselves against the Germans, other countries such as the UK and the US faced less danger, as the Germans were so occupied with Russia. It was very important for the allies to keep the Germans occupied with the very stiff Russian resistance, and their subsequent advances.

Sputnik: Have you found any stories of how families have been forged?

Dairmid Gunn: I've come across cases of young men getting married when they returned home, as there was a lot of interest for what they did for their country during the war.

The views and opinions expressed by Dairmid Gunn are those of the speaker and do not necessarily reflect those of Sputnik.