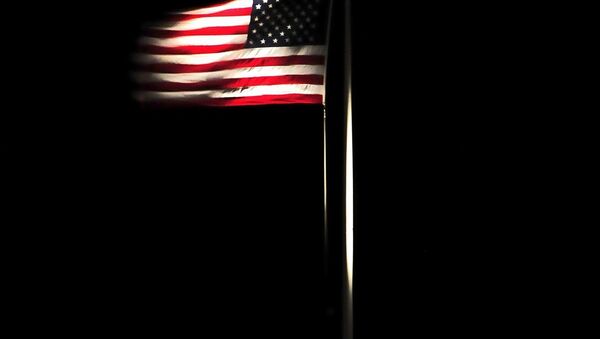 "The real immediate question is what will be Iran's reaction and how will the Europeans, particularly the UK, France, and Germany, respond. The other question is whether Israel and Saudi Arabia will take Trump's action as a green-light to use military force against Iran — or launch a false flag that would draw the United States into a war," McAdams said.

He noted that other important consequence of the withdrawal is a "severe diminishment" of the US reputation as a country that holds to its promises and agreements.

McAdams went on to say that US pulling out of the JCPOA is "another in a series of US betrayals going back to Gaddafi, Saddam, Noriega, and so on."

Trump Withdraws US From Iran Nuclear Deal
"The US has closed all doors to communications with Iran with Trump's move. This leaves war as the only door left open," he stated. "It was a foolish and unnecessary move that will thrill the neocons he has surrounded himself with, while making the rest of us, Americans far less safe."

"The North Koreans would be utter fools to believe a single word of any deal it negotiates with Washington," he asserted. "The Trump Administration has already said numerous times that the model for North Korean denuclearization is Libya! Kim's best move is to continue bilateral talks with Seoul and freeze the US out of any role in the process."

On May 1, Israeli Prime Minister Benjamin Netanyahu announced that Israel had obtained 100,000 paper and digital documents, which, according to him, irrefutably proved that Iran's nuclear program had a secret military component, code-named "Project Amad." This statement was made amid the international discussion on the need to tighten the nuclear deal.

"The EU has failed to convince President Trump of the benefits of the deal. President Trump has seemingly preferred to accept the extremely dubious claims of Israeli Prime Minister Netanyahu over the conclusions of those actually tasked with determining whether Iran was living up to its end of the deal," McAdams added.

France, Germany, UK Regret US decision to Withdraw From Iran Deal - Macron
EU foreign policy chief Federica Mogherini said on Tuesday that the European Union is determined to preserve the deal, and that it expects the rest of the international community to continue to do its part to guarantee its implementation.

Trump has repeatedly criticized the Iran nuclear agreement as one of the worst deals in history. The foreign ministers of Germany, the United Kingdom and France have issued a joint statement stating their countries will stay in the JCPOA even if the United States pulled out.

"President Trump's decision to withdraw from the Iran deal should really not surprise anyone. His inexplicable hostility toward Iran is the only foreign policy position he has been consistent on," McAdams said. "Trump's presentation was filled with untruths and outright lies from the very beginning. The idea that Iran is allied with al-Qaeda, for example, is so ludicrous that none but the most hardcore, dead-ender neocon would suggest it."

The International Atomic Energy Agency has repeatedly confirmed Tehran's compliance with the JCPOA.

"Trump is dangerously ignorant about Iran and as they did with George W. Bush 15 years ago, the neocons are more than happy to fill his head with lies to help move along their desired war. In fact he sounded like Condi Rice at times in his speech, warning that the smoking gun could come in the form of a mushroom cloud. Do Americans have such short memories?" he concluded.

Earlier in the day, Trump has announced that Washington would no longer be part of the Joint Comprehensive Plan of Action and promised to reimpose the highest level of economic sanctions against Iran in response to Tehran's development of its nuclear program.