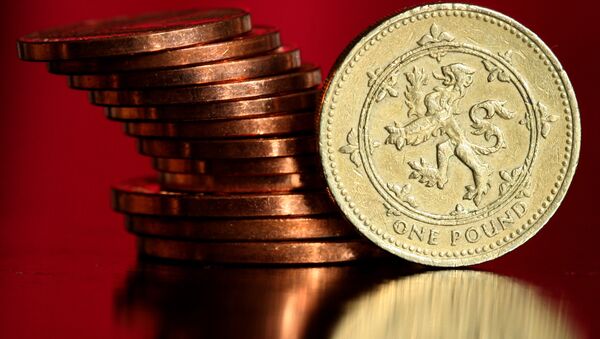 On Tuesday, the think tank released a detailed, two-year study dubbed "A New Generational Contract," proposing a 'citizen's inheritance'. This, it says, will not only help millennials get a leg up during the expensive family-raising years, but reduce resentment toward the baby boomers (born between 1946 and 1965) which proved significantly luckier than subsequent generations in terms of housing, pensions and other benefits.

The report points out that millennials are half as likely to own their own home by age 30 than baby boomers, and four times as likely to rent from the private sector, spending nearly a quarter of their overall income on housing. They're also more likely to have insecure work contracts not only than baby boomers, but their generation X predecessors. At the same time, millennials have higher overall employment, including among women. Nevertheless, their disposable incomes are not only stagnant, but falling, with 25-34 year olds today spending 15% less than their predecessors did in 2001.

'Crazy System': Boris Johnson Hits Out at May's Brexit Customs Plan
According to Resolution Foundation, a £10,000 lump sum in assistance to millennials when they turn 25 would help repair the implicit "generational contract" of the young helping to look after the old and the old in turn allowing young people to have better lives. The issue is seen as a particularly pressing problem given the expected rise in the number of elderly to care for as the population ages.

"Younger generations are bearing more risks and holding fewer assets than their predecessors. We need to redress that imbalance if we are to maintain the promise of an asset-owning democracy," the report says.

The proposed payment would be funded by modifying the inheritance tax, with a proposed 20% tax on all gifts or inheritances up to £500,000, and 30% on anything above that. It is hoped that the payment would help tackle the widening generational and social mobility gap.

Twitter Reacts to Uptick Violence Amid Railway Strikes in France (PHOTO, VIDEO)
In addition to the cash payment, the report also recommends an additional £2.3 billion 'National Health Service Levy' funded through a new property tax replacing the council tax to help 1.2 million people over the age of 65 get needed care.

Taxes or not, it remains unclear how the proposed funding proposal will fair amid the UK's national debt of £1,7 trillion, equivalent to 88% of GDP.

Ordinary Brits seem divided over the merits over the proposal, with some suggesting that millennials would immediately waste the money, others saying this was a "nosense from the left," and others still suggesting that it's a good idea, but that something more significant is needed.

Give them what we had, free education, council housing, properly funded NHS, welfare safety net & HOPE that their children don’t do what babyboomers have, given license to ToryGovt to plough neoliberal path.

Why stop at £10k? Why not just confiscate houses from those who have worked and saved for them and give them to the poor dears.

This pathetic “free stuff” nonsense from the left is now beyond parody. https://t.co/xglz8HNRC1

Give millennials £10,000 each to tackle generation gap, says thinktank. MUCH better than continuing to give QE cash to banks who stash it away. This age group will put it straight back into circulation. https://t.co/Tgq3Me6MK0

Interesting. Maybe giving 25 yr olds £ can help address intergenerational unfairness, but we shouldn’t kid ourselves it is an effective way to address the problem of unaffordable houses for that generation. (That would be building more affordable homes).https://t.co/uO1FPfHp2p