Feminist Alternative to 'Patriarchal' Nobel Prize Gets Scoffed on Twitter 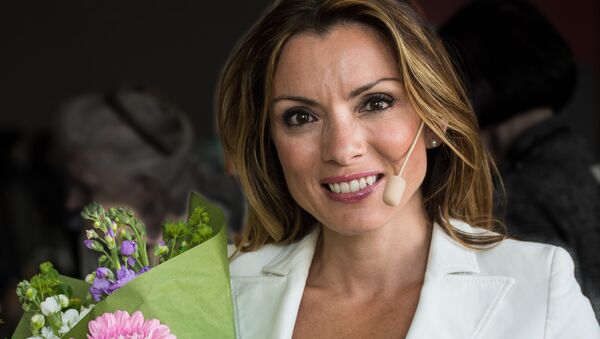 As the scandal-ridden Swedish Academy decided to skip this year's Nobel Prize in literature, a Swedish left-wing journalist is now starting a feminist alternative to one of Sweden's oldest cultural institutions, which she slammed as "patriarchal." However, her cause was met with a backlash on social media.

In order to make up for the absence of the Nobel Prize in literature this year, Swedish journalist and author Alexandra Pascalidou wants to start a new, feminist 'academy' she referred to as "the real one" to fill in the gap.

​"I want a strong and robust academy with high confidence internationally, one that does not abuse power or turns a blind eye to sexual harassment," Pascalidou told national broadcaster SVT.

On her Facebook page, Pascalidou elaborated her idea by stating that the Swedish Academy lost its confidence due to "bias, leaks, sexual harassment and various conflicts." She also slammed the academy as a "Greek invention, patriarchal and deaf to misogyny."

By Pascalidou's own admission, hundreds of people with different skills willing to contribute or participate have gotten in touch with her.

​While gathering a lot of cheers from fellow feminists, Pascalidou's initiative also triggered a barrage of negative responses.

Several commentators noted that spelling the word correctly would be a nice thing to do for a person striving to start a "real academy" (the name of the Swedish Academy uses an old-fashioned spelling that is often misspelled; Pascalidou made this mistake).

"After this, which should only take a week or so, Alexandra Pascalidou will start a UN of her own and create peace in the entire world, not just on earth," user Mikael Grev noted wryly.

​"If megalomania was an Olympic branch, Pascalidou would have won gold," another user chipped in.

​Another user posted a sarcastic picture of the 18 members of Pascalidou's new academy.

​Bucharest-born Pascalidou, is a Greek-Swedish journalist, TV-host, columnist and writer. While known for her human rights activism, Pascalidou has been also accused several times of plagiarism and using ghost writers, which is why many mockingly named the would-be award "plagiarism prize."

So far, the work on the "real academy" has only started. The first meeting to determine its membership and routines will take place on Monday.

"We want to be as transparent as possible and we will need a lot of power and competence. But if Plato could start an academy in Greece without the internet, then we should be able to accomplish this as well," Pascalidou said.

The Swedish Academy is an independent cultural institution, founded in 1786 by King Gustaf III in order to advance the Swedish language and Swedish literature. The Academy has also awarded the Nobel Prize in Literature since 1901.

Last week, the Swedish Academy decided to postpone the 2018 Nobel Prize in Literature and will award it in 2019 "in view of the currently diminished Academy and the reduced public confidence in the Academy."