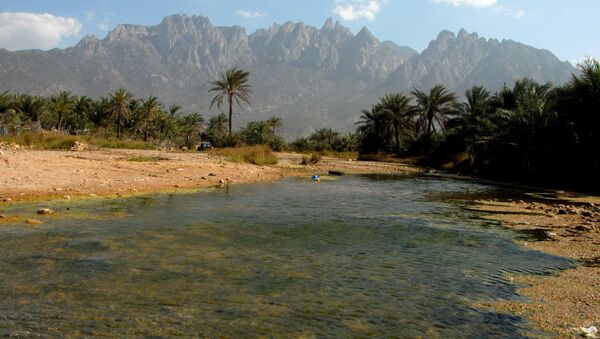 Yemen is looking to end its formal alliance with the United Arab Emirates after the latter deployed forces to the Yemeni island of Socotra without the knowledge of Yemen's exiled government.

Tensions have heightened between the Yemeni government and the UAE after Abu Dhabi deployed some 300 soldiers, along with tanks and artillery, to Socotra over the past few days. The island, located in the Gulf of Aden and sometimes referred to as the ‘Galapagos of the Indian Ocean, is listed by UNESCO as a world heritage site.

According to a senior Yemeni official, the UAE deployed troops in Socotra without informing the government-in-exile of President Abed Rabbo Mansour Hadi.

"The government had no idea whatsoever," the official said on Saturday, as reported by AFP.

Thousands Attend Funeral of Houthi Leader Killed in Airstrike in Yemen (VIDEO)
The UAE has been a key partner in a Saudi-led coalition fighting Houthis in northern Yemen since 2015, under the banner of restoring Hadi's authority. However, analysts say it has recently distanced itself from Hadi — who is reportedly under house arrest in Riyadh — and carved out an area of influence in southern Yemen.

Emirati Minister for Foreign Affairs Anwar Gargash on Friday took to Twitter to highlight historic ties between the UAE and Socotra.

"We have historic and family links with the residents of Socotra and we will back them during Yemen's ordeal which was sparked by the Houthis," he said.

According to the official, the Yemeni government-in-exile is considering sending a letter to the United Nations "demanding the dismissal of the Emiratis from the Yemeni intervention."

Coalition Airstrikes on Yemen Capital Kill Houthi Leaders – Reports
Speaking on condition of anonymity, officials noted that the proposal was not welcomed by the president for fear of upsetting the Saudis.

Tensions have flared over the deployment which was mounted during a visit of a Saudi delegation to the strategic Yemeni island originally aimed at mediating between the two sides. The UAE deployed additional forces while the committee was on the ground, the official said.

In Socotra, residents and activists said that the UAE is building a factory and a prison, recruiting the island's residents, and creating a new militia, as well as buying land and clearing it for construction.

Reports: Saudi Arabia, UAE, Bahrain Voice Support for Morocco Over Row With Iran
The official said that the Emiratis have occupied all the vital institutions in the island, including the airport, the seaport and the government headquarters, and have kicked out Yemeni forces. He added that "what the UAE is doing in Socotra is an act of aggression".

The islanders have reportedly protested the UAE presence in Socotra, arguing that there are no Houthis on the island to justify such a deployment.