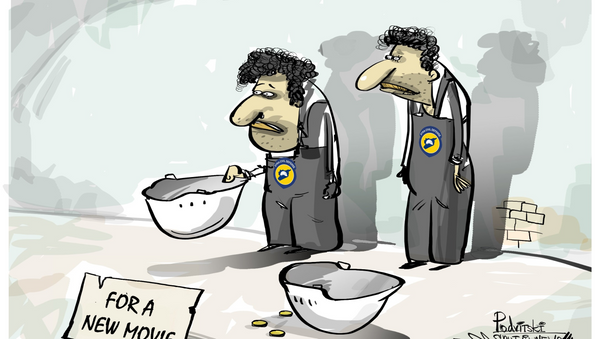 It seems that the controversial group the White Helmets has found itself in a very awkward situation: It’s in desperate need of money.

According to media reports, the US administration has decided to stop funding the White Helmets in Syria, an NGO praised by the West for helping civilians and blamed by Russia for faking evidence of alleged atrocities by the Syrian government.

Raed Saleh, the group's leader, has said that the flow of US cash, which amounts to a third of their budget, had stopped in recent weeks.