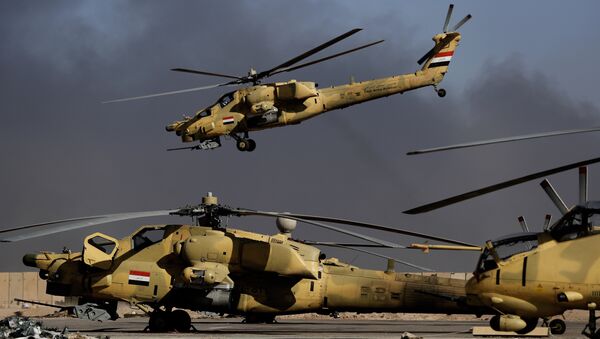 The Iraqi air force attacked Daesh targets earlier in the day, hitting the positions of terrorists' commanders in Syrai to the south of the town of Deshaisha.

As Iraqi Defense Ministry spokesman Tahseen Khafaji has previously told Sputnik, Iraqi airstrikes in Syria were not connected with the international anti-Daesh coalition. According to him, Iraq will continue carrying out strikes against Daesh in Syria if it receives intelligence about any threats to the country's security.

Previously, Iraqi forces attacked the Daesh terrorists in Syria on April 19. As a result of the airstrike, 36 militants were killed. The Iraqi military acted in coordination with the Syrian authorities and also coordinated the details of the operation with Russia and Iran.