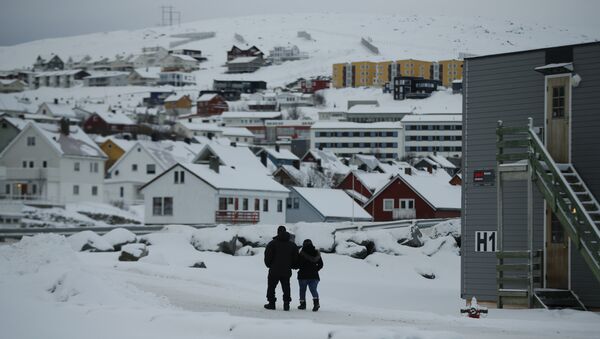 The Oslo City Court has convicted a Syrian-Norwegian in his thirties to two and a half years in prison for breaking immigration laws and falsifying documents. While the court found that the life and the health of Syrian refugees was not in clear danger, it stressed the man should be punished nonetheless.

The man, a former member of the Syrian national beach football squad, has lived in the Scandinavian country for seven years, was found to have assisted about 20 people, to whom he referred to as "friends," in getting to Europe and Norway providing them with IDs, travel tickets and route planning — an enterprise the police described as an "illegal travel agency," the newspaper Dagbladet reported.

The investigation against the man was initially based on a tip-off from the Czech police, who found that he had acted as a middle man in a case that involved forging IDs in Eastern Europe.

The man admitted to helping several people travel to Norway through his collaboration with the group in Eastern Europe, but denied profiting off this enterprise. He specifically denied being engaged in smuggling people, insisting that he had helped "friends and family" in need of passports, IDs, tickets and information. However, the police also established that the man had dealt with people to whom he had no relation whatsoever. One of them claimed in court to having paid NOK 50,000 ($6,200) for two passports.

While the police have confirmed that the man had not personally profited from his actions, it nevertheless "found it proven" that he was not only part of an organized group with profitable intentions but actually played a central role in this enterprise. He was also found to have sent money abroad.

Police prosecutor Hans Petter Pedersen Skurdal described the Syrian-Norwegian as a "central cog" in a people smuggling operation which acted like a "travel agency" for the refugees.

The man's defense lawyer claimed that the verdict would be appealed, stressing that his client acted "out of necessity."

"Even though those he helped had already arrived in Europe, he believed their lives were at risk," lawyer Heidi Ysen told Dagbladet.

Ysen also stressed that the verdict was heavily based on police work from the Czech Republic and that the evidence was "too thin."

At present, there are about 20,000 Syrians in Norway, most of them having arrived as asylum seekers in the course of the Syrian civil war.

The number of Syrians outside Syria is estimated to be anywhere from 8 to 13 million, nearly half of the country's population. According to the UN Refugee Agency, 4.9 million global refugees in 2015 were Syrian nationals.