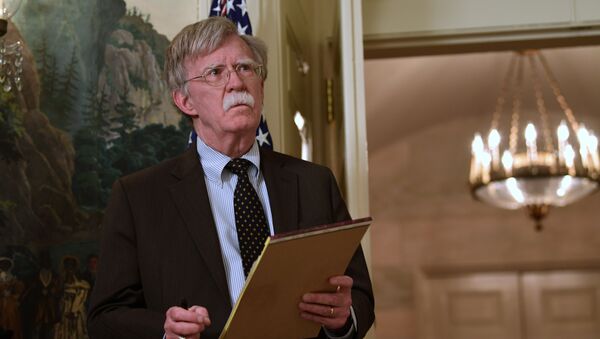 While samples from the site of the alleged chemical weapons attack in Syria's Douma were brought to the OPCW laboratory, Radio Sputnik talked about the chemical weapons watchdog's fact-finding mission in Syria and its upcoming report with Chris Kanthan, political analyst and author of the book "Syria-War of Deception."

Chris Kanthan: This, basically, shows that the Syrian government has nothing to hide and as for Heather Nauert, she probably doesn't believe most of the things she says. But it's great that the OPCW fact-finding mission was able to collect the evidence in Douma. In fact, they were able to collect 100 pieces of evidence and next they will also exhume the bodies of the victims and do autopsies. So, that's really good news for both the Syrian and the Russian government.

Sputnik: Now, the results of the fact-finding mission could be released in less than a month. What should we expect and how will it affect the situation in Syria in your view? We know that America, the United Kingdom and France on the back of this news perpetrated missile attacks into various strategic chemical factories in Syria before there was any real proof or evidence. What's you take on what could be resulting from these investigations? We still don't know for sure that it was a chemical attack. That's the whole point, isn't it?

Chris Kanthan: Theoretically, the OPCW is a neutral group. But the fact is that it comes under a lot of political pressure. The first chief of the OPCW said he was threatened by John Bolton when no WMDs were found in Iraq. Bolton walked into his office and told him: "we know where your kids live." You can see the results of this kind of pressure in the OPCW reports.

For example, if you look at the Salisbury spy poisoning, the OPCW released a vague report last month that did not mention the words "nerve agent," or "Novichok," or "Russia" once. But at the same time, the report said that ‘oh, the UK findings were valid." The report made no sense. So, I think the report on Douma in Syria would be a big "nothing-burger" that will kind of fudge the whole thing and we wouldn't know what happened.

Sputnik: The US has announced its plans to withdraw financing from the White Helmets, the NGO that made the allegations that the Syrian government was behind the attack in Douma. Why, in your view, is this decision made now?

Chris Kanthan: Trump stopped the funding of the White Helmets because most people now know that the White Helmets are just "jihadists in uniforms." If you look at the social media, there are so many photos, videos, websites and articles that have exposed this propaganda called the White Helmets. So, I guess it became just too embarrassing for the Neocons to go on with this charade.