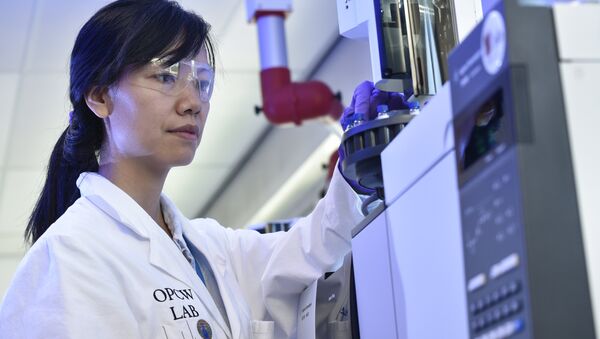 The Organization for the Prohibition of Chemical Weapons stated the nerve agent allegedly used in Salisbury for the Skripal poisoning was of high purity and resistant to weather conditions.

"In response to questions from the media, the OPCW Spokesperson stated that the OPCW would not be able to estimate or determine the amount of the nerve agent that was used in Salisbury on 4 March 2018. The quantity should probably be characterized in milligrams. However, the analysis of samples collected by the OPCW Technical Assistance Visit team concluded that the chemical substance found was of high purity, persistent and resistant to weather conditions," the OPCW statement read.

Earlier, the New York Times reported, citing Ahmet Uzumcu, director general of the Organization for the Prohibition of Chemical Weapons, that 50 or 100 grams of the substance had been used in Salisbury.

UK to Deploy Over 190 Servicemen for Decontamination in Salisbury - Military
On March 4, Skripal and his daughter were found senseless on a bench near a shopping mall in Salisbury. The UK authorities have accused Russia of attempting to murder the Skripals with what is believed by London to be the A-234 nerve agent. Russia has denied having any role in the poisoning, pointing to the lack of evidence provided by Britain to substantiate its accusations.

The so-called Salisbury incident has already resulted in a decay of relations between Russia and its Western partners, especially with the UK.

Following the incident, over 25 countries expelled over 120 Russian diplomats siding with London's claims of Moscow's involvement in the incident.

Russia has responded by expelling the same numbers of diplomats.